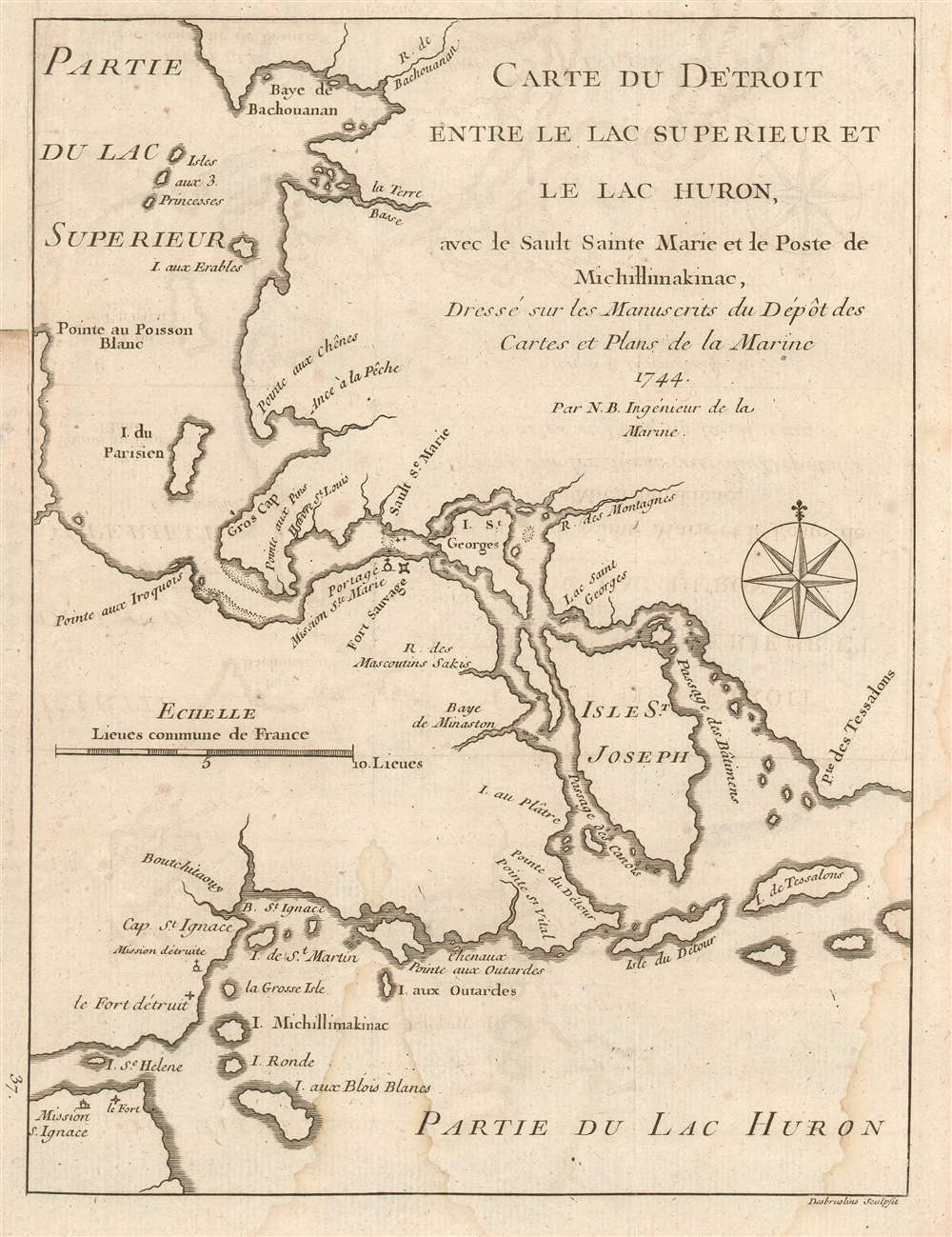 This is a handsome example of Bellin's scarce 1744 map illustrating the straits between Lake Superior, Lake Huron, and Lake Michigan. The map covers from Batchawana Bay (Baye de Bachouanan) south to Whitefish Bay past Ille Parisienne to the St. Mary's River, which it follows inland, passing the Mission of St. Marie, Fort Sauvage, and Surgar Island (I. St. Georges) to the Isle St. Joseph and Lake Huron. It then follows westward as far as Bois Blanc Island and Point St. Ignace and the entrance to Lake Michigan. This is the same passage through which the United States-Canada border now runs.

Very good. Margin reinstated at insertion point with no loss of image. Some faint waterstains.