1862 Johnson Diagram of the World Time Zones from Washington 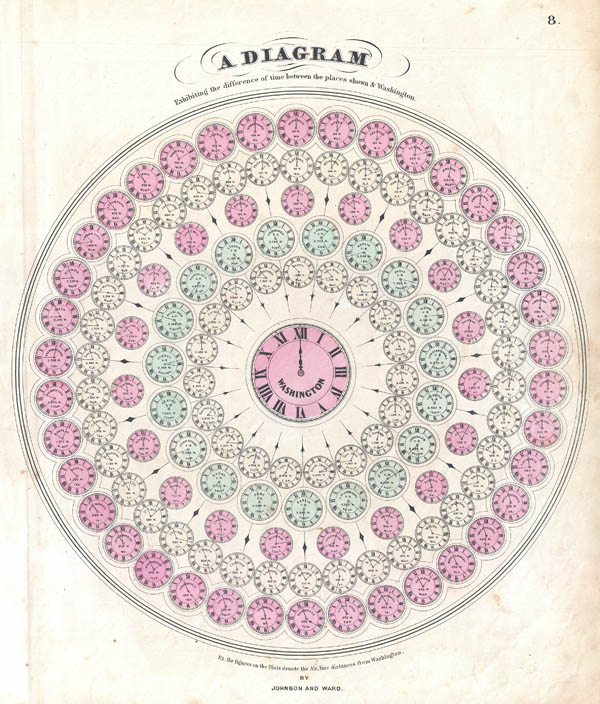 1862 Johnson Diagram of the World Time Zones from Washington

A very attractive example of Johnson's 1862 diagram of the world's time zones. Consists of a circular engraving in which numerous clocks are drawn, each representing a major world city. At the center is clock representing the time in Washington, D.C. The time in Washington is set at 12 and the remaining clock are adjusted accordingly So, if it is 12 in Washington, it is 11:02 in Calcutta and 6:35 in Honolulu, etc. Published by A. J. Johnson and Ward as plate number 8 in the 1862 edition of Johnson's New Illustrated Family Atlas. This is the first edition of the Family Atlas to bear the Johnson and Ward imprint.