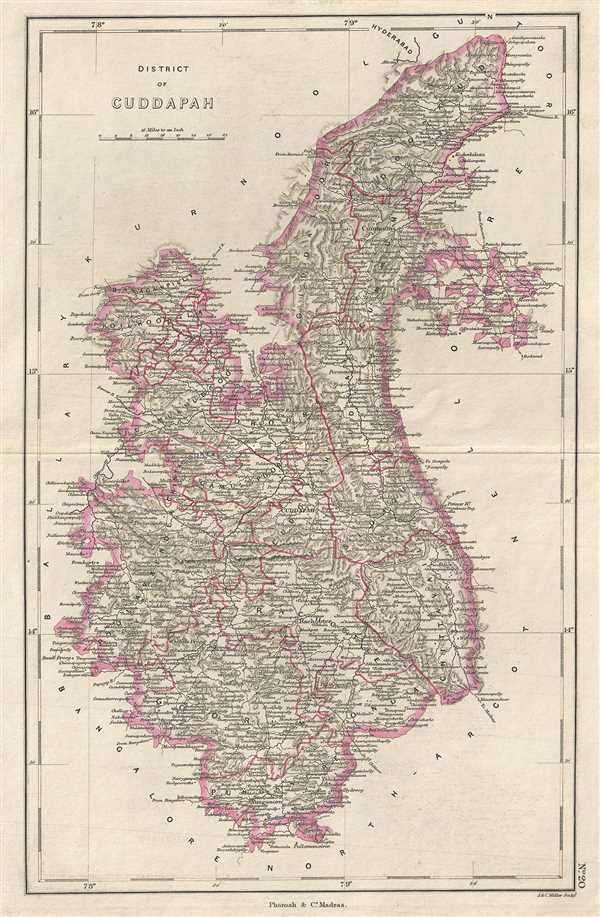 19th century map of the Kadapa district in the Indian state of Andhra Pradesh.

This is a nice example of the 1854 Pharoah and Company map of the Kadapa district of Andhra Pradesh, India. The map extends from Punganur northward past Markapur. Notes important towns, roads, lakes, rivers, and topography. The city of Kadapa is home to the historic site of Devuni Kadapa and an important stopping point on the pilgrimage to Tirupathi. At the time this map was made, the district was part of British India.

This map was engraved by J. and C. Walker and issued as plate no. 21 by Pharoah and Company in their 1854 Atlas of Southern India.