1854 Pharoah and Company Map of the Guntur District of Andhra Pradesh, India 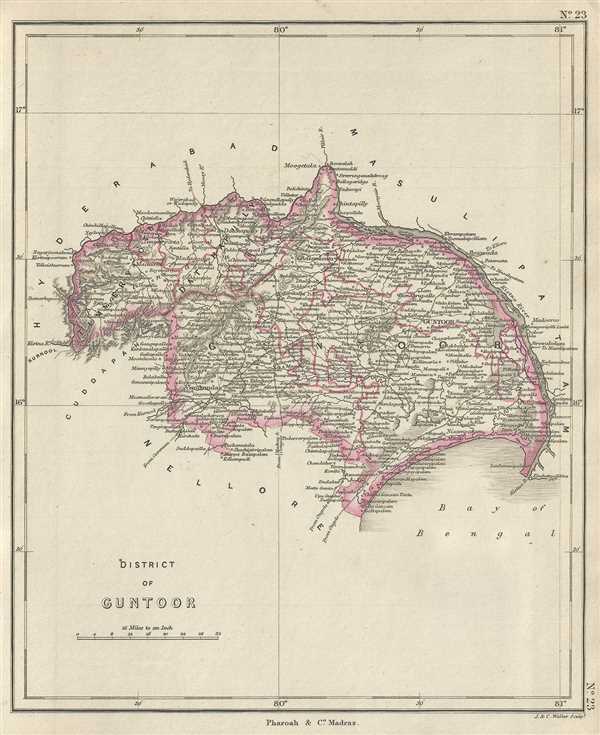 1854 Pharoah and Company Map of the Guntur District of Andhra Pradesh, India

Early map of Guntur, India where Helium was first detected and where The Buddha first performed the Kalachakra ceremony.
$250.00

This is a lovely example of the 1854 Pharoah and Company map of the Guntur District in the Indian state of Andhra Pradesh. The map covers the district from Chinnaganjam north along the Krishna River and west as far as Kurnool.

At the time this map was made, the district was part of the Madras Presidency under the control of the British East India Company. The history of this region however dates back to the stone ages and holds significance in the Buddhist religion and is believed to be the place where Gautam Buddha performed the first Kalachakra ceremony. It was also in Guntur that the French astronomer Jules Janssen first detected Helium in 1868.

This map was engraved by J. and C. Walker and issued as plate no. 23 by Pharoah and Company in their 1854 Atlas of Southern India.