1854 Pharoah and Company Map of the Kurnool District in Andhra Pradesh, India 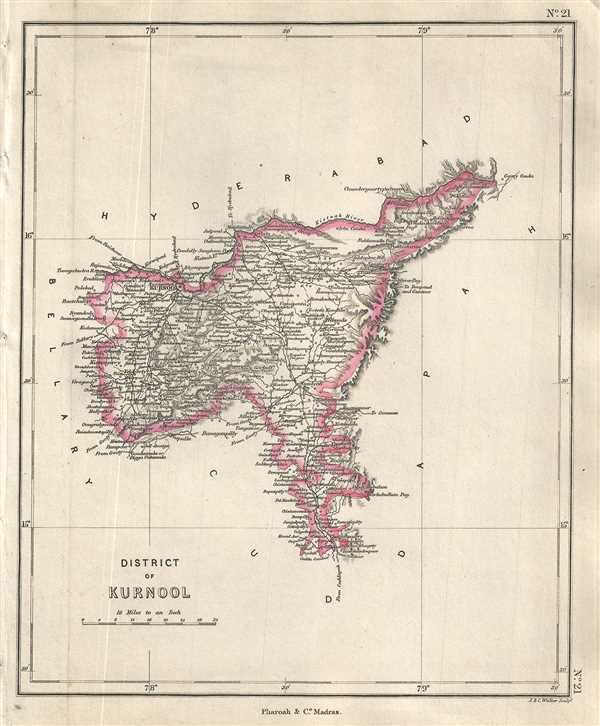 1854 Pharoah and Company Map of the Kurnool District in Andhra Pradesh, India

Pharoah and company map of the Kurnool district in the Indian state of Andhra Pradesh.
$250.00

This is a lovely 1854 Pharoah and Company map of the Kurnool District of Andhra Pradesh, India. It extends from the Krishna River south to the Lankamalla reserved forest. Kurnool city is identified. The map notes important towns, roads, lakes, rivers, and topography. Kurnool district became part of the Madras Presidency during the time of the British. The Ketavaram rock paintings and the rock are in the Jurreru Valley, Katavani Kunta and Yaganti regions in this district date back some 35000 – 40000 years.

This map was engraved by J. and C. Walker and issued as plate no. 21 by Pharoah and Company in their 1854 Atlas of Southern India.