1854 Pharoah and Company Map of the District of Trichinopoly, Tamil Nadu, India 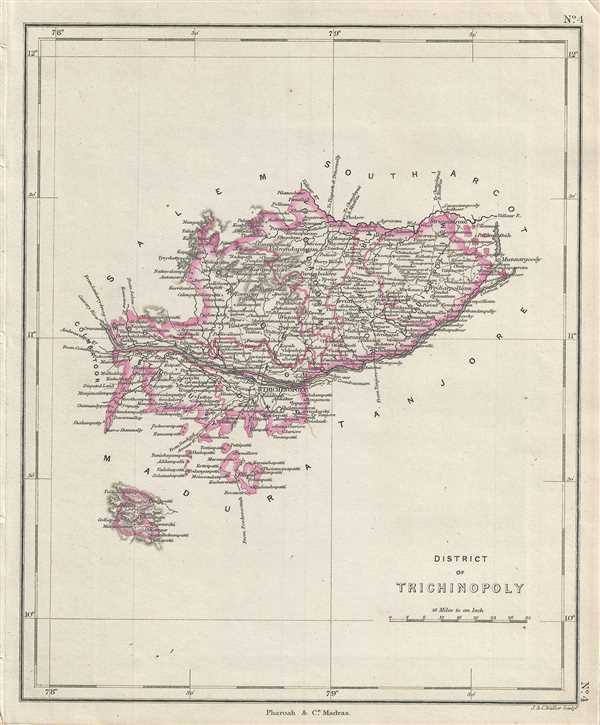 1854 Pharoah and Company Map of the District of Trichinopoly, Tamil Nadu, India

Map of the Trichinopoly district in British India.
$250.00

This is a nice example of the 1854 map of the District of Trichinopoly in the modern day state of Tamil Nadu, India, issued by Pharoah and Company. It covers from Karur east to Chidambaram. Includes important towns, roads, lakes, rivers and topography.

The district was part of the Madras Presidency when India was under British Rule and was one of the oldest inhabited regions in southern India, dating back to the Stone Age. Uraiyar, a suburb of the modern day city of Trichinopoly (renamed Tiruchirappalli after independence) was the capital of the Early Chola Dynasty.

This map was engraved by J. and C. Walker and issued as plate no. 4 by Pharoah and Company in their 1854 Atlas of Southern India.