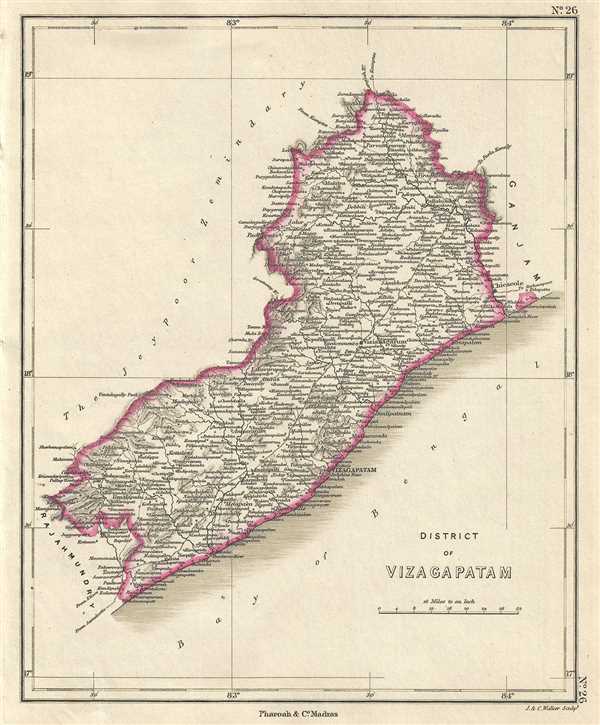 Early map of the Visakhapatnam District under British Rule.

This is a beautiful 1854 map of the Vizagapatam or Visakhapatnam District in Andhra Pradesh, India. The map extends from Parvathipuram to Tuni and the Rajahmundry District. Notes important towns, rivers, roads, and topography. At the time this map was issued the region was part of the Madras Presidency under the rule of the British. This map was engraved by J. and C. Walker and issued as plate no. 26 by Pharoah and Company in their 1854 Atlas of Southern India.