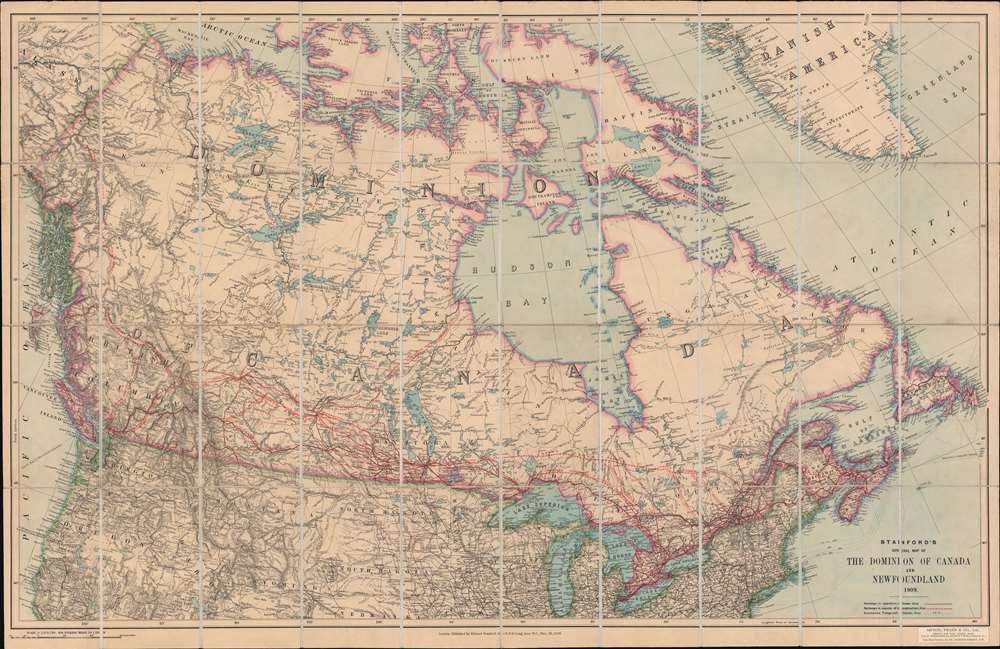 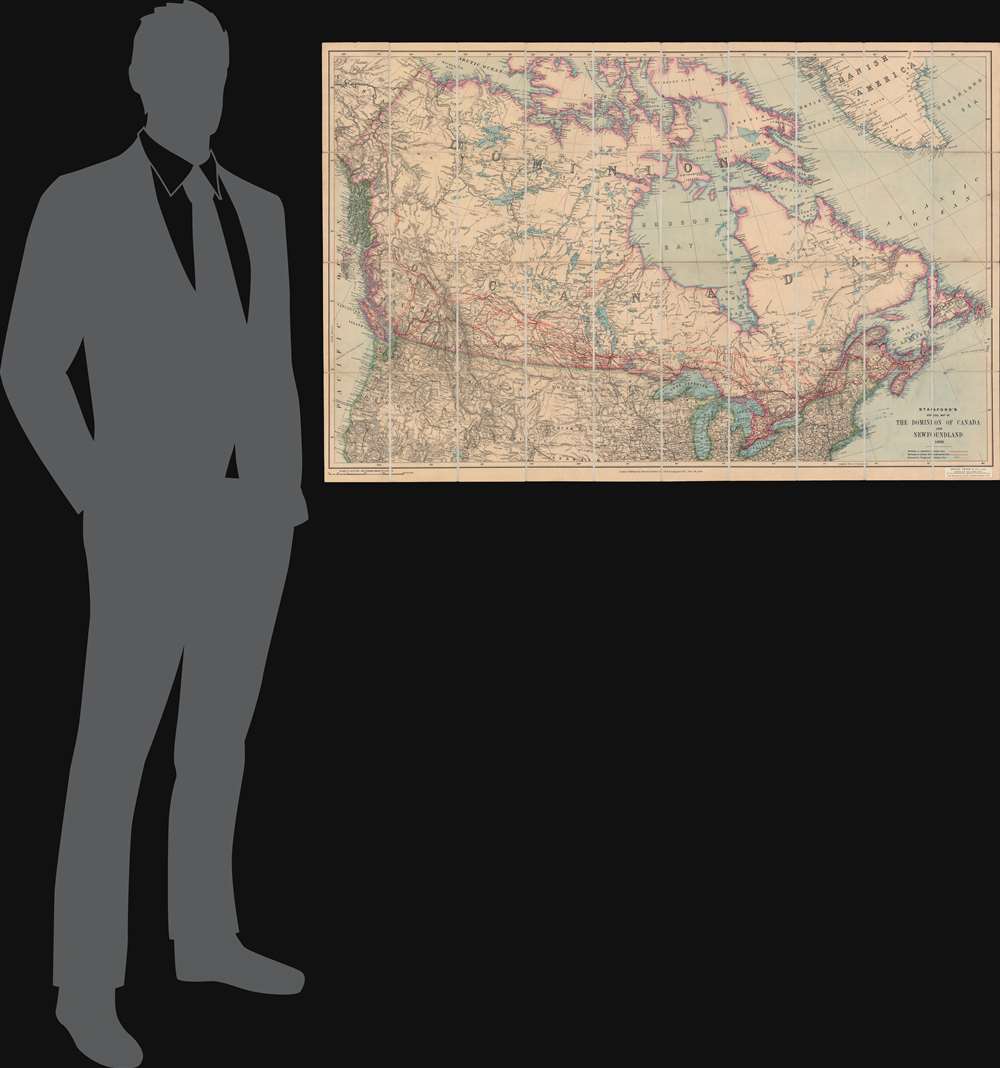 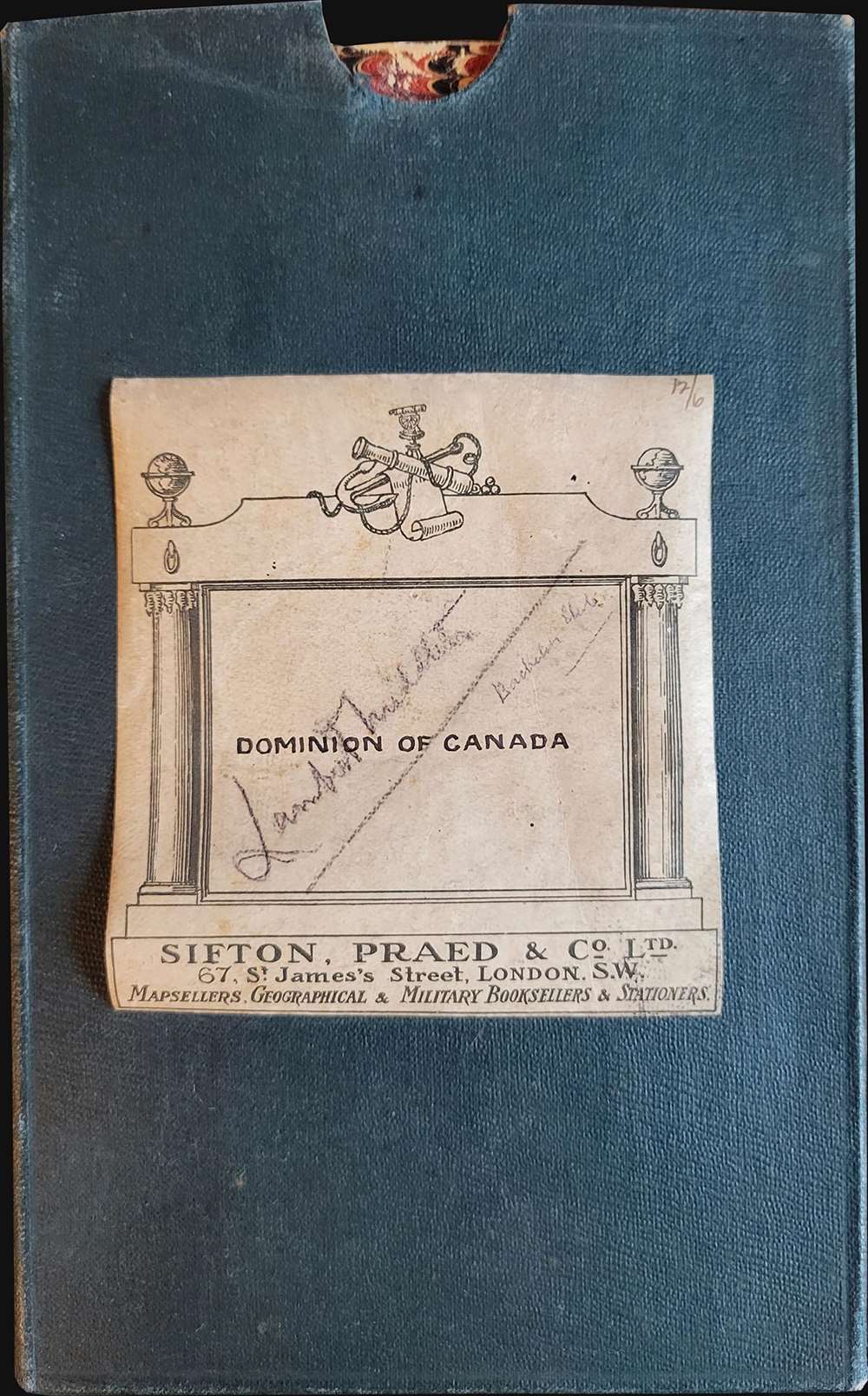 This is a 1909 Edward Stanford case map of Canada. Red overprinting highlights railways across Canada, including the Grand Trunk Railway, the Grand Trunk Pacific Railway, and the Canadian Northern Railway. Published during an era of massive railroad construction, solid red lines illustrate rail lines already in operation, while dashed lines promote lines under construction and projected lines, and only some of the projected lines were actually built. Canadian rail lines operated within the United States, even owning their own track in the U.S. The boom in railroad construction eventually fell apart, with several of these railways becoming bankrupt and then being nationalized by the Canadian government into the Canadian National Railways between 1918 and 1923.

This map was created and published by Edward Stanford in 1909. Editions of this map were published as early as 1898 through at least the 1920s. The present example is the only known cataloged example of the 1909 edition.

Very good. Dissected and mounted on linen in forty (40) panels.