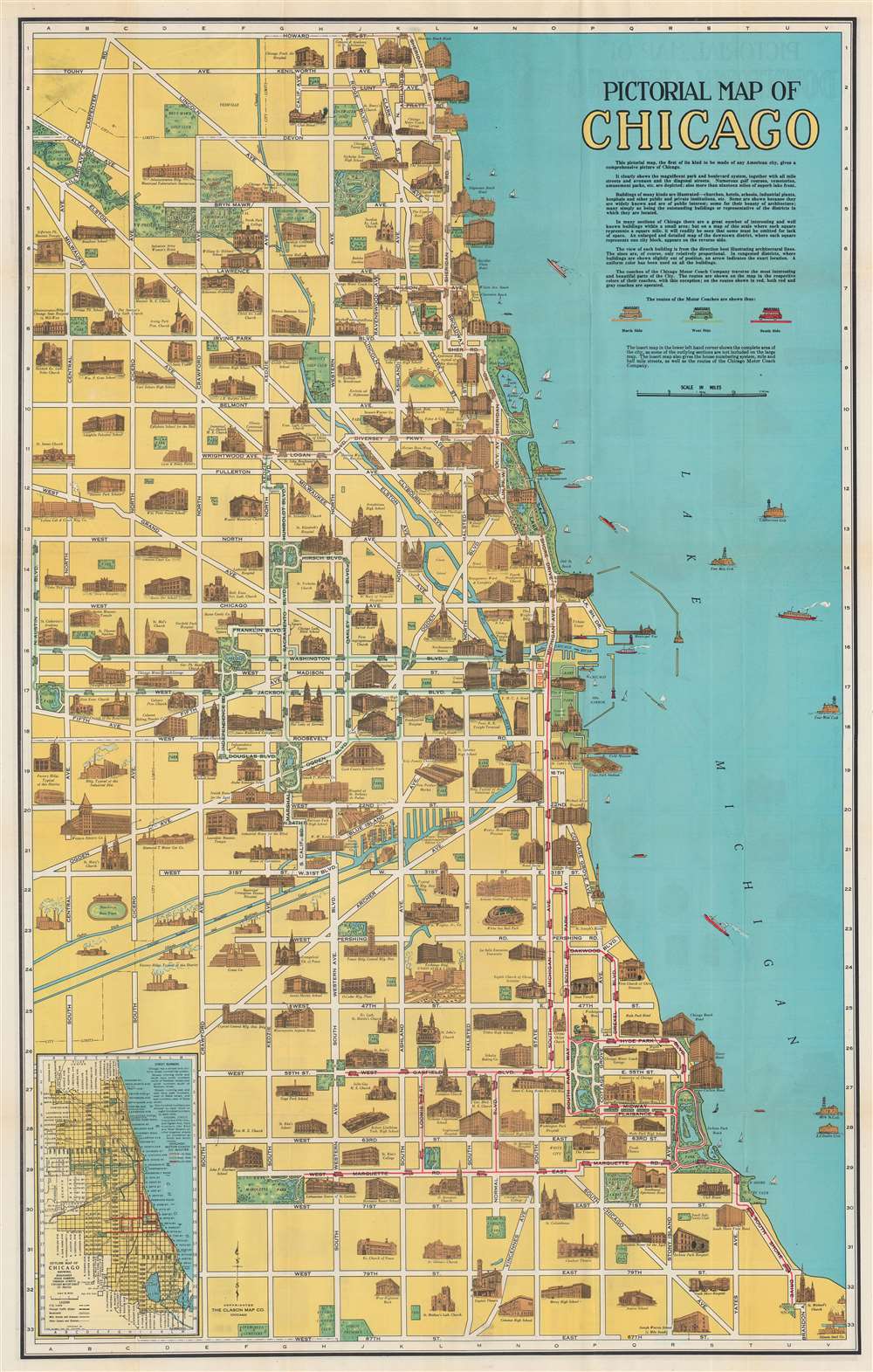 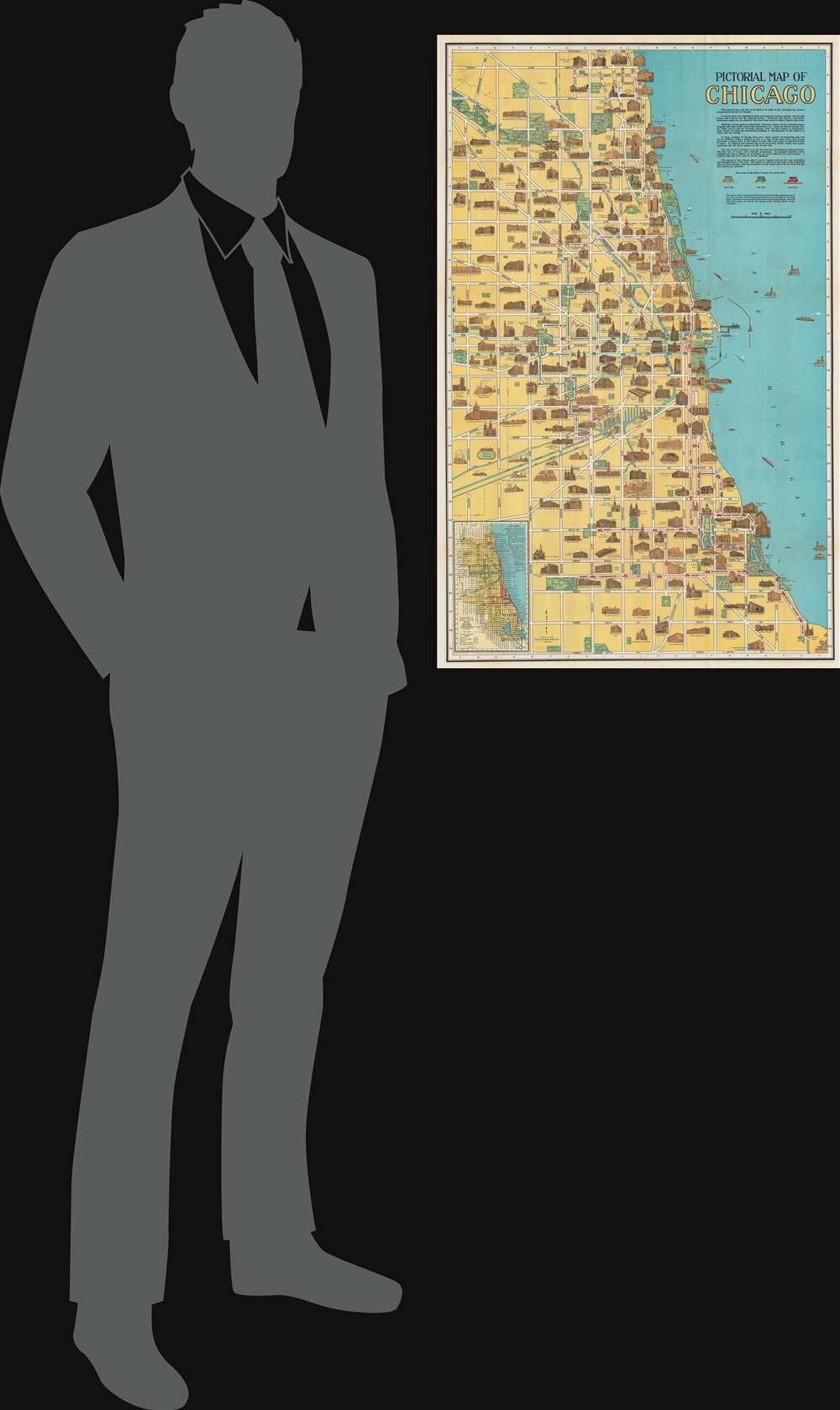 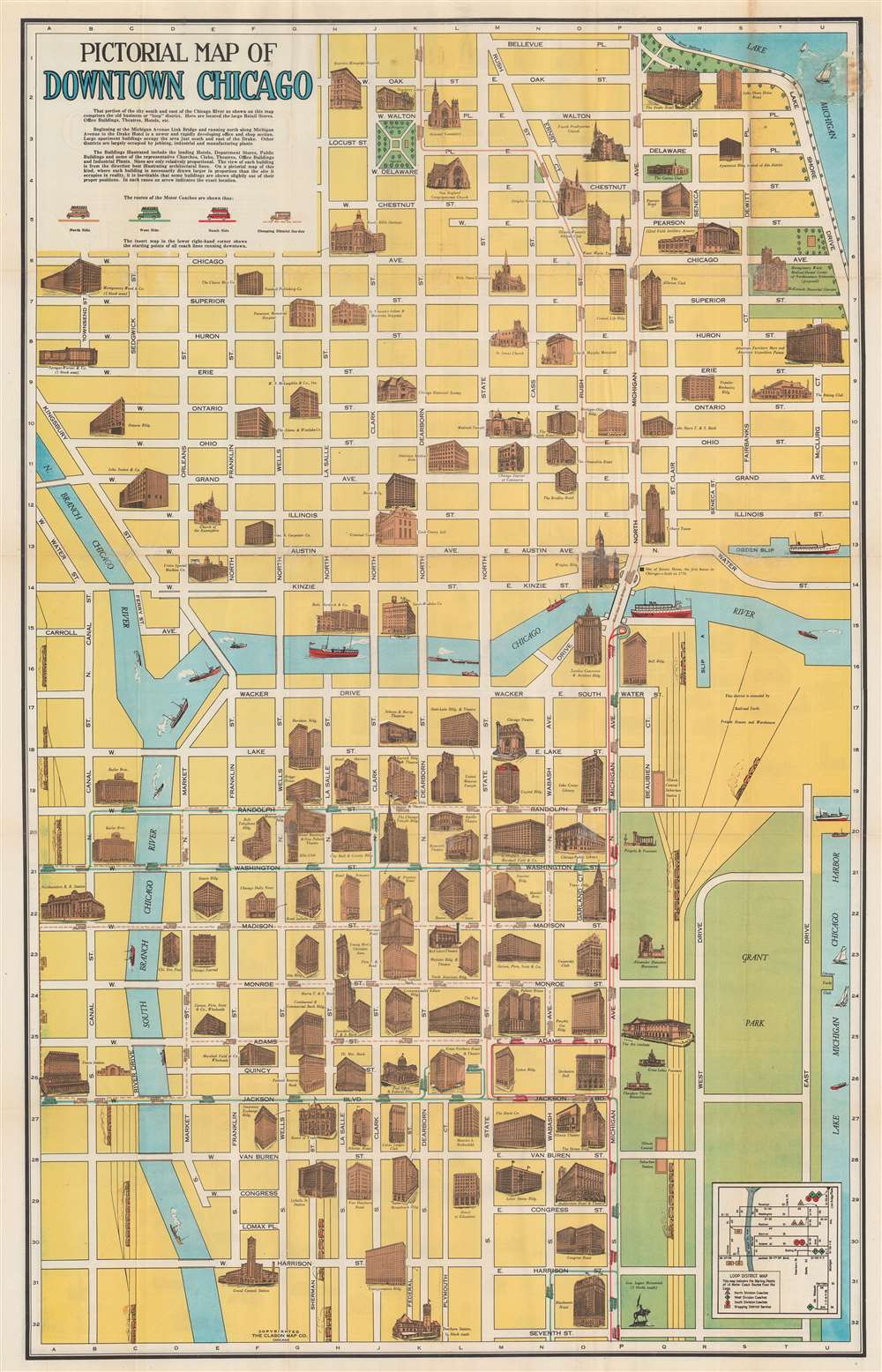 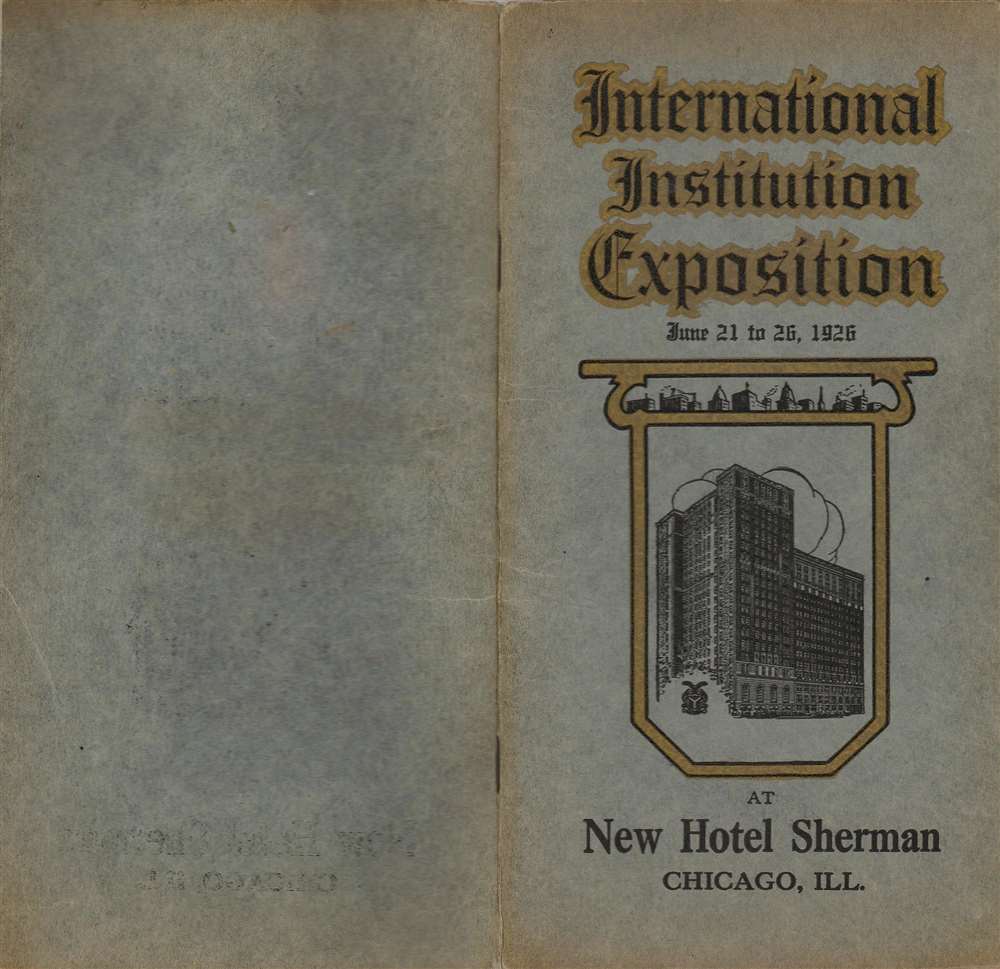 On the verso, a pictorial map centered on the Chicago River depicts the Loop, covering from Harrison Street north to the intersection of Rush Street and Bellevue Place, west as far as Canal Street, and east to Lake Michigan. It details downtown Chicago, including the Magnificent Mile and the Chicago Loop. Important buildings, such as The Art Institute, Grand Central Station, and Union Station are illustrated by profile vignettes. Numerous other buildings, representing leading hotels, department stores, public buildings, churches, clubs, theaters, office buildings and industrial plants, are illustrated in a similar manner. Individual streets are named, with parks, coach routes, and railroads identified. Beautiful illustrations of ships and sailboats are included in the Chicago River and Lake Michigan. An inset in the lower right notes the starting points of coach lines running downtown. An explanation below the title notes the significance of downtown Chicago and the areas depicted here.

This map was copyrighted and issued by the Clason Map Company, Chicago on July 10, 1925. The map is undated and there is significant confusion concerning the dating of this piece. The copyright was filed on July 10, 1925, for both maps. Fortunately, the present example was accompanied by a guidebook issued for the International Institution Exposition, which took place between June 21 and 26, 1926.