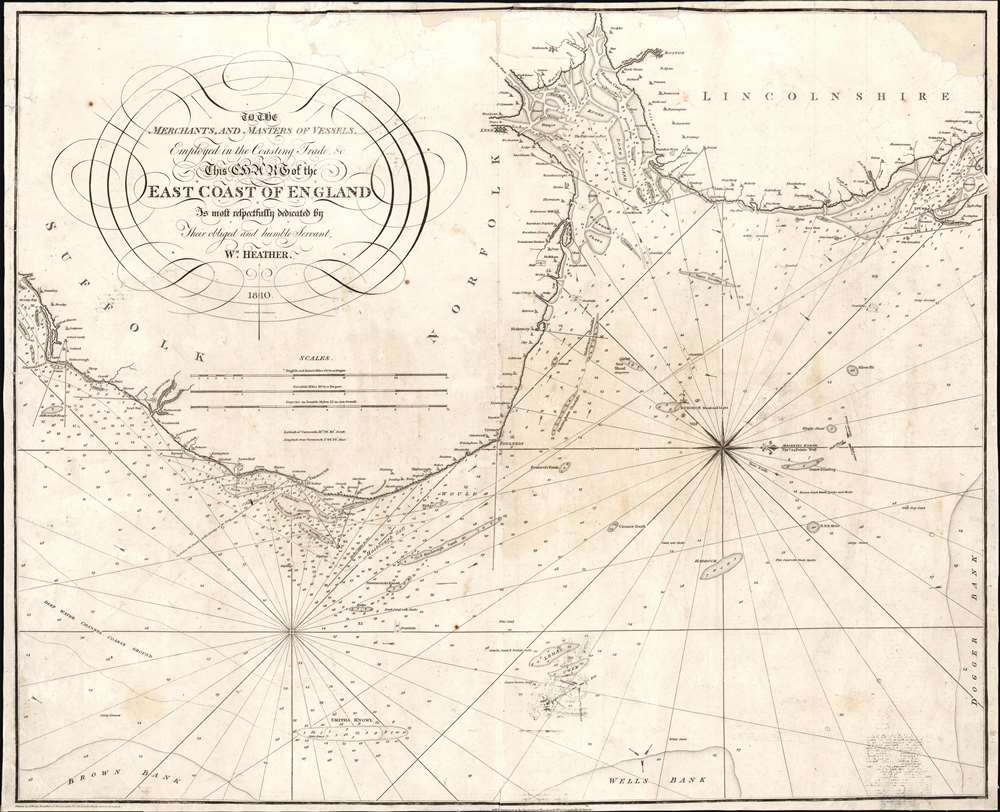 This is an 1810 William Heather and John Norie nautical chart or maritime map of the east coast of England, including parts of Suffolk, Norfolk, and Lincolnshire. The coasts are illustrated in astonishing detail. Numerous depth soundings appear along the coast, with the greatest concentrations off the coast of Yarmouth, in The Wash (the rectangular estuary/bay between Norfolk and Lincolnshire) and the Humber, a tidal estuary in Lincolnshire. Sands, overfalls, shoals, and other hazards are marked, and depth soundings state the difference in depth above those hazards. Coastal towns are identified, and river mouths are illustrated, but no other inland detail is provided. A beautiful compass rose appears in the North Sea.

This map was drawn by John Norie and published by William Heather in 1810. Several editions of this chart were published, with one appearing as early as 1795. This is the only known surviving example of the 1810 edition.