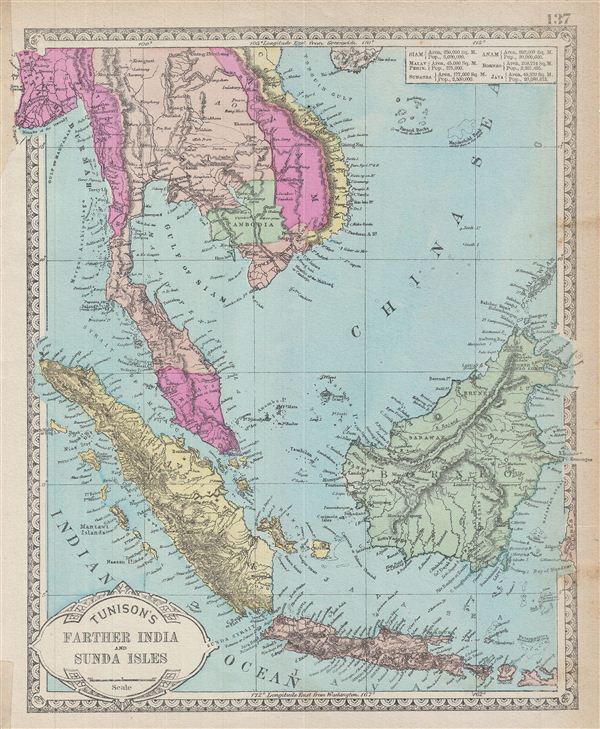 This is a beautiful example of the 1887 Tunison map of the east Indies. It covers from Burma in the extreme northwest to the West Nusa Tenggara islands in Indonesia. It includes the modern day countries of Burma, Thailand, Cambodia, Laos, Vietnam, Malaysia, Borneo, Indonesia, and Singapore. When this map was made, Singapore, governed by the British east India Company, was experiencing a massive tide of immigration and growth due to its open immigration and free trade policies. Also at this time, Burma was under the British Raj, and much of modern day Indonesia including Sumatra and parts of Borneo were part of the Dutch east Indies. The French dominated Indochina, including Cambodia and Vietnam, and most of the Philippines were a Spanish colony. Of all the nations of Southeast Asia, only Thailand (Siam) retained its national sovereignty throughout the colonial era. Various towns, cities, rivers, roads and various other topographical details are noted. Published as plate no. 137 in Tunison's Peerless Universal Atlas.

Very good. Map of Egypt, Nubia, Abyssinia and Western Arabia on verso. Minor repair in margins.
Looking for a high-resolution scan of this?