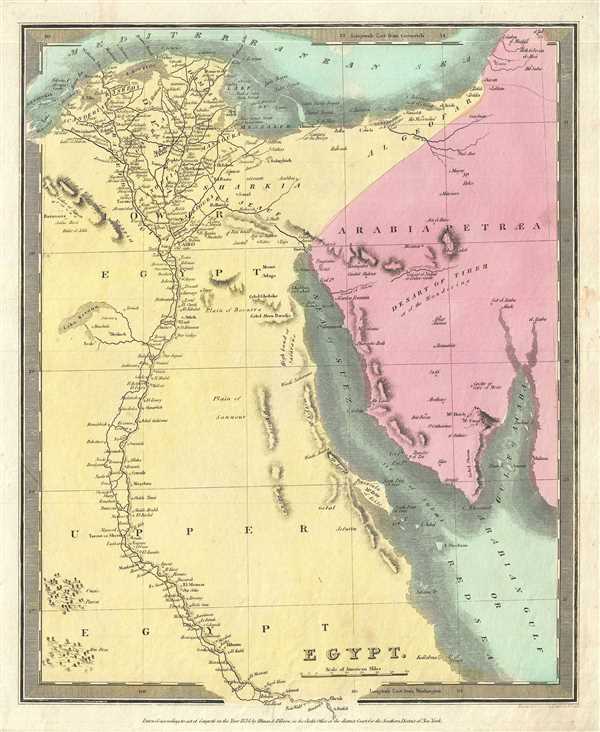 This is a lovely 1834 first edition map of Egypt by David H. Burr. It depicts Egypt, centered on the Nile River from its delta on the Mediterranean, south as far as Asalieh. Burr notes numerous cities and villages along the river as well as beautifully rendered topography.

This map was prepared in the declining days of the Ottoman Empire. After the conquest of Palestine by Muhammad Ali's Egypt in 1832, British intervention returned control of Palestine to the Ottoman rulers in 1840. In Egypt, following the expulsion of the Napoleonic forces by the Ottoman Mamluk Turks, Muhammad Ali, the Ottoman viceroy of Egypt, established the Mamluk dynasty that would rule Egypt until the Egyptian Revolution of 1952. Between 1820 and 1833, Ali annexed northern Sudan, Syria and parts of Arabia into the Mamluk Empire.