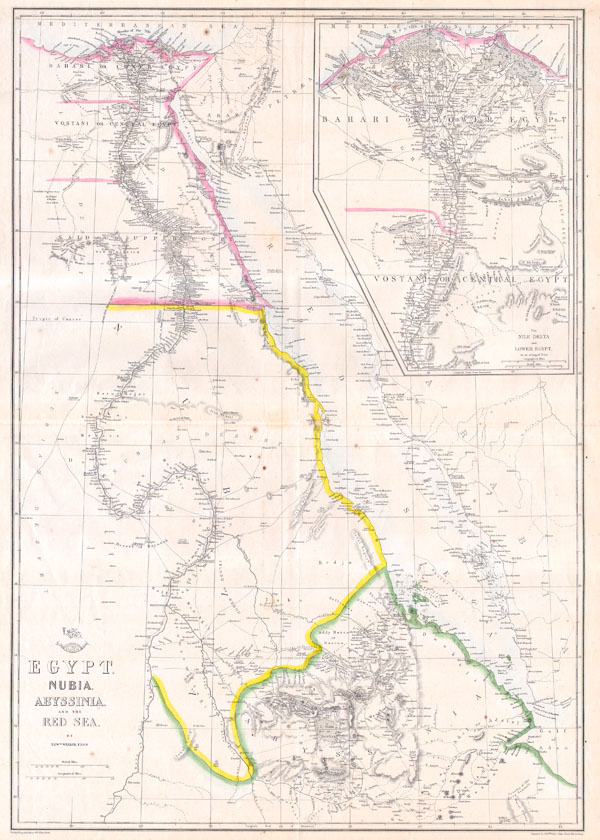 This hand colored map is a lithographic transfer, dating to 1858, by London cartographer Edward Weller. Depicts northeastern Africa from the city of Addis Ababa in Ethiopia, north along the Nile to Egypt and the Delta. Shows the Red Sea in full along with parts of Saudi Arabia.. Originally part of the Weekly Dispatch Atlas, whose September 19th, 1958 stamp still appears on the top left of the map.

Edward Weller (18?? - 1884) was a cartographer and engraver based in London. His best known work appears in Cassell's Weekly Dispatch Atlas, published in monthly segments for subscribers of the "Weekly Dispatch" newspaper. This collection of maps eventually grew to include much of the known world. Published in various editions from 1855 through the early 1880s. The "Weekly Dispatch" had its offices at 138 Fleet Street, London, England.