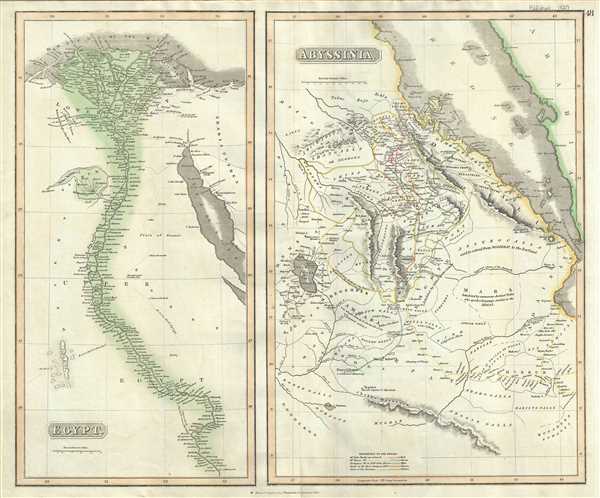 This is a beautiful example of John Thomson’s 1817 map of Egypt and Abyssinia. Essentially two maps on a single sheet, the map on the left represents Egypt while the right hand side of the sheet features a map of Abyssinia. The map of Egypt covers from the Nile Delta southward following the Nile River as far as Esna. Names numerous settlement s and villages along the course of the river, including a number of temples and ancient Egyptian ruins. Also identifies several caravan routes.

The map of Abyssinia covers modern day Ethiopia from the Red Sea east to the Lake Tana. Caravan routes and other tracks are noted throughout. Thomson also includes several descriptive notes.