1879 Meyer Map of Elizabethtown, New Jersey, During the American Revolution 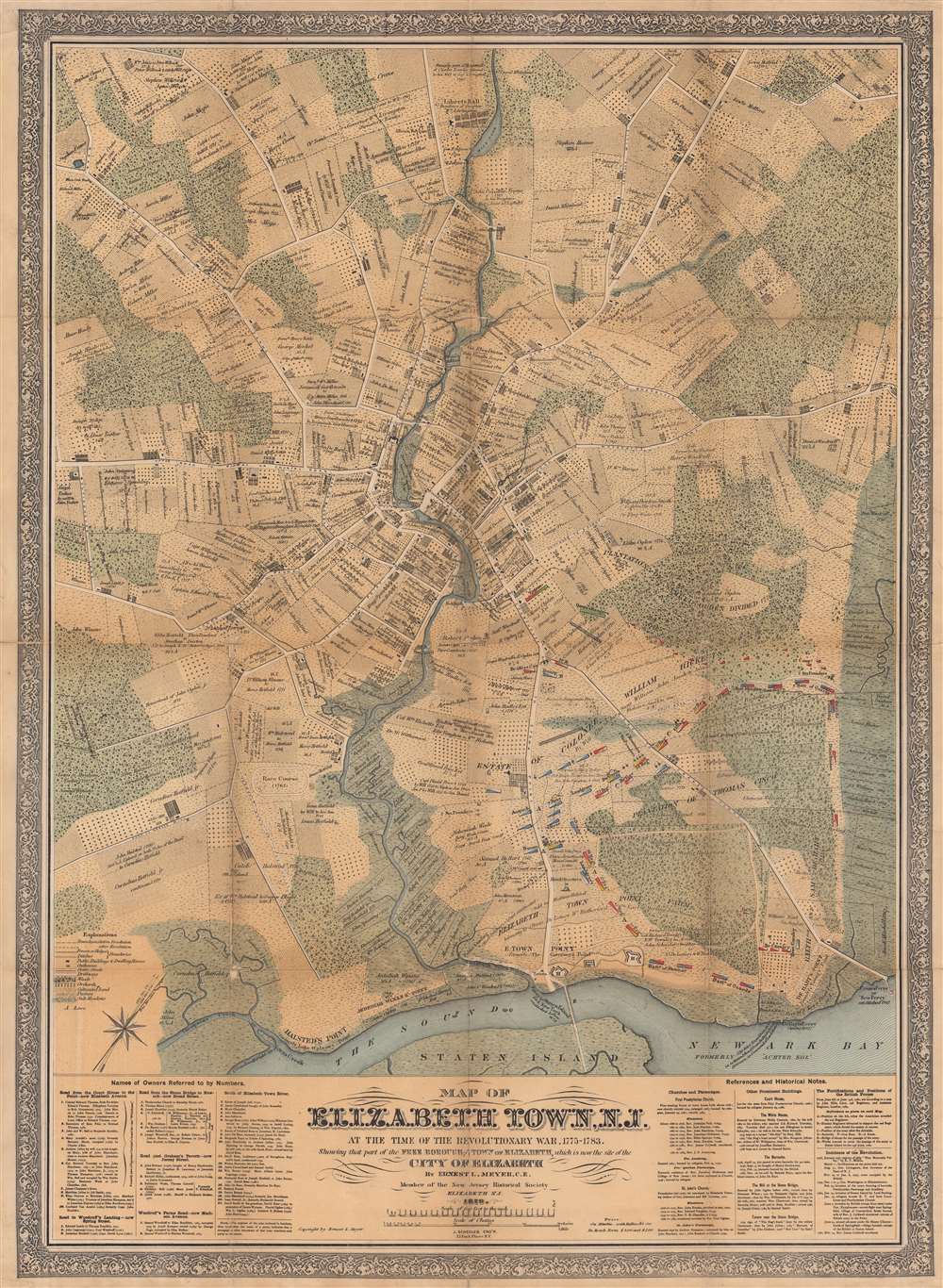 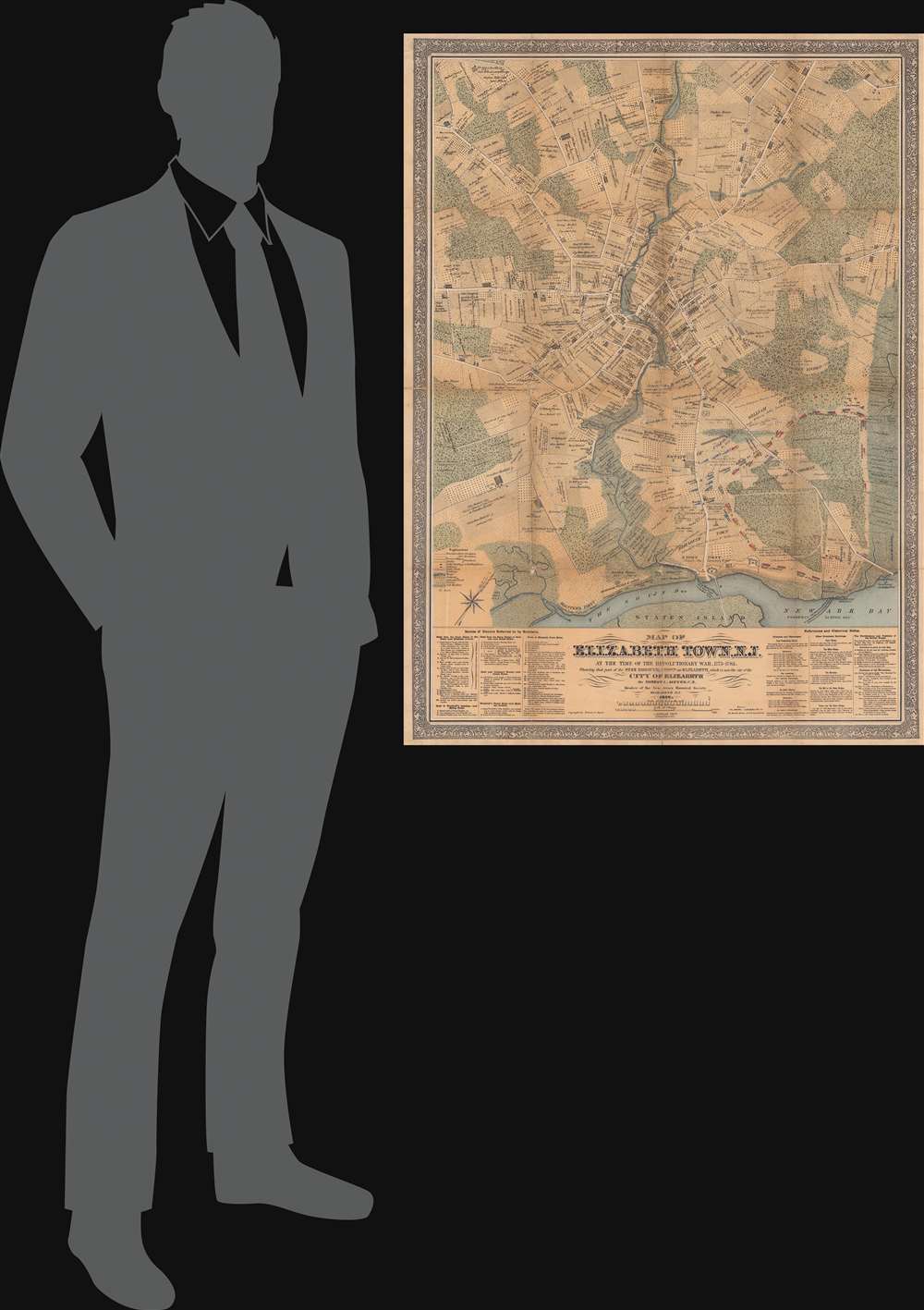 1879 Meyer Map of Elizabethtown, New Jersey, During the American Revolution

All of modern day Union County, including Westfield and Springfield, during the American Revolution.
$2,500.00

This is an 1879 Ernest Meyer map of Elizabethtown, New Jersey, which at that time contained all modern Union County. Westfield and then Springfield broke off from Elizabeth in 1794.

This piece presents impressive historical detail throughout the region covering the Revolutionary War (1775 - 1783). Tracts of land are identified by individual property owners, with years in parentheses identifying when documentary evidence exists for each parcel of land. Some even include a history of how the land changed hands from one owner to the next. Buildings are illustrated throughout, some identified by name, such as Liberty Hall (the residence of the governor), Allen's Tavern, and the cider mill likely owned by Cornelius Hatfield Jr. In the bottom right, British and Hessian defensive positions are marked by letters and symbols identifying specific units.

Elizabethtown and the American Revolution

With its proximity to British-occupied Staten Island, Elizabethtown endured multiple invasions and raids. The most devastating took place on January 25, 1780, in which the British burned the Presbyterian Church, the Manse, the Old Academy School, and the Courthouse. British fortifications from the 1780 invasion are marked by capital letters (A through H), including defensive works that were built to protect the army's withdrawal. The Battle of Springfield, just north of Elizabethtown, marked the last British incursion into New Jersey and the last major battle in the North, as fighting shifted to the Southern theater soon after the British defeat.

This map was created and published by Ernest L. Meyer in 1879 and engraved by Joseph Shedler. We note two cataloged examples which are part of the collections at the Library of Congress and Princeton University. This map does not appear in OCLC, and we see no history of it appearing on the private market.


Joseph Shedler (April 27, 1813 - December 12, 1887) was a German American lithographer and engraver. Born in Enger, Baden, Germany, it is likely that Shedler immigrated to the United States after the 1848 revolution in Germany. Shedler and his family settled in Jersey City, where he established a lithographic and engraving business. Shedler may have had as many as twelve children. Learn More...

Good. Mounted on linen. Areas of loss at some fold intersections. Accompanied by original binder.