1749 Vaugondy Map of China and Korea 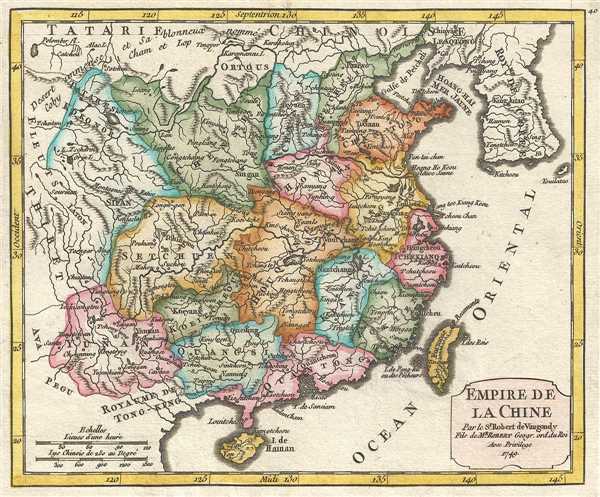 1749 Vaugondy Map of China and Korea

This is a hand colored 1749 Didier Robert de Vaugondy map of China and Korea. The map depicts from Tibet on the left eastward to the Chinese coast and Taiwan/Formosa on the right and from 'Chinese Tartary' and the 'Kingdom of Korea' on the top to the Island of Hainan on the bottom. China itself is divided into provinces. The capital cities of the provinces are labeled, as well as several other cities in each province. Rivers and mountain ranges are depicted throughout the map. Taiwan (Formose) is labeled as well as the Penghu Islands (I. de Pong-hu).