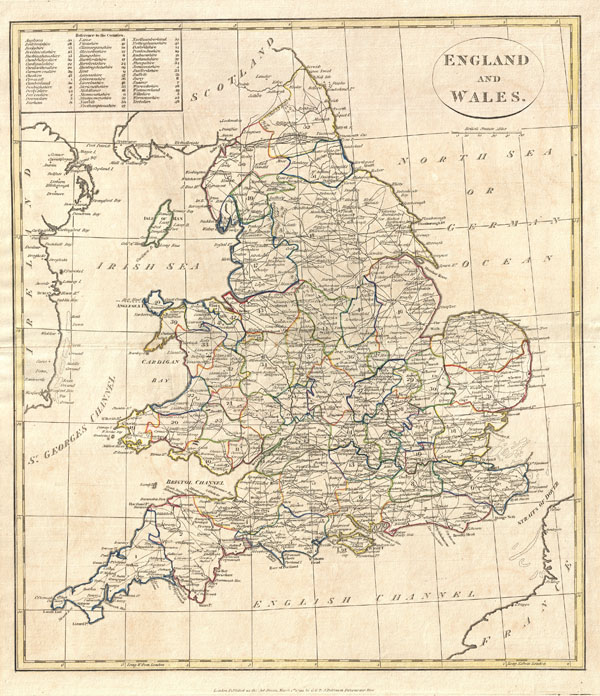 A fine 1799 map of England and Wales by the English map publisher Clement Cruttwell. A highly detailed map of the cartographer's home country, this map includes all the counties (shires) as they appeared at the end of the 18th century, along with a reference chart in the upper-left quadrant. Cruttwell also labels major roadways, all major cities, and ports, as well as a few shoals and other submarine dangers. Mountains and other topographical features shown by profile. Outline color and fine copper plate engraving in the minimalist English style prevalent in the late 18th and early 19th centuries. Drawn by G. G. and J. Robinson of Paternoster Row, London, for Clement Cruttwell's 1799 Atlas to Cruttwell's Gazetteer.