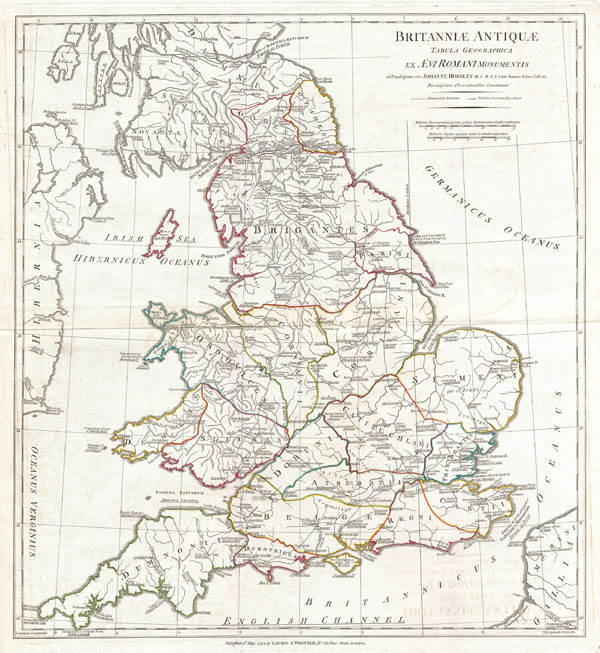 A large and dramatic 1794 map of England under Roman Rule. Covers all of England (Province of Britanniae) as well as adjacent parts of Scotland, Ireland (Hibernia), and France (Gallia). Features both ancient and contemporary place names, ie. Londinium and London, for each destination - an invaluable resource or scholars of antiquity. Details mountains, rivers, cities, roadways, and lakes with political divisions highlighted in outline color. Title area appears in a in the upper right quadrant. Includes two distance scales, bottom right, referencing distance measurement systems common in antiquity. Text in Latin and English. Drawn by John Horsley in 1762 and published in 1794 by Laurie and Whittle, London.

John Horsley (1685 - 1732) was a Scottish Presbyterian minister and antiquarian active in the early 18th century. Horsely is best known for his publication of a three-volume study on Roman Antiquities in Britain in 1732. He created several important maps of England on Roman Times. Horsely is also known for his invention of a device for measuring rainfall, for which he was awarded membership in the Royal Society.