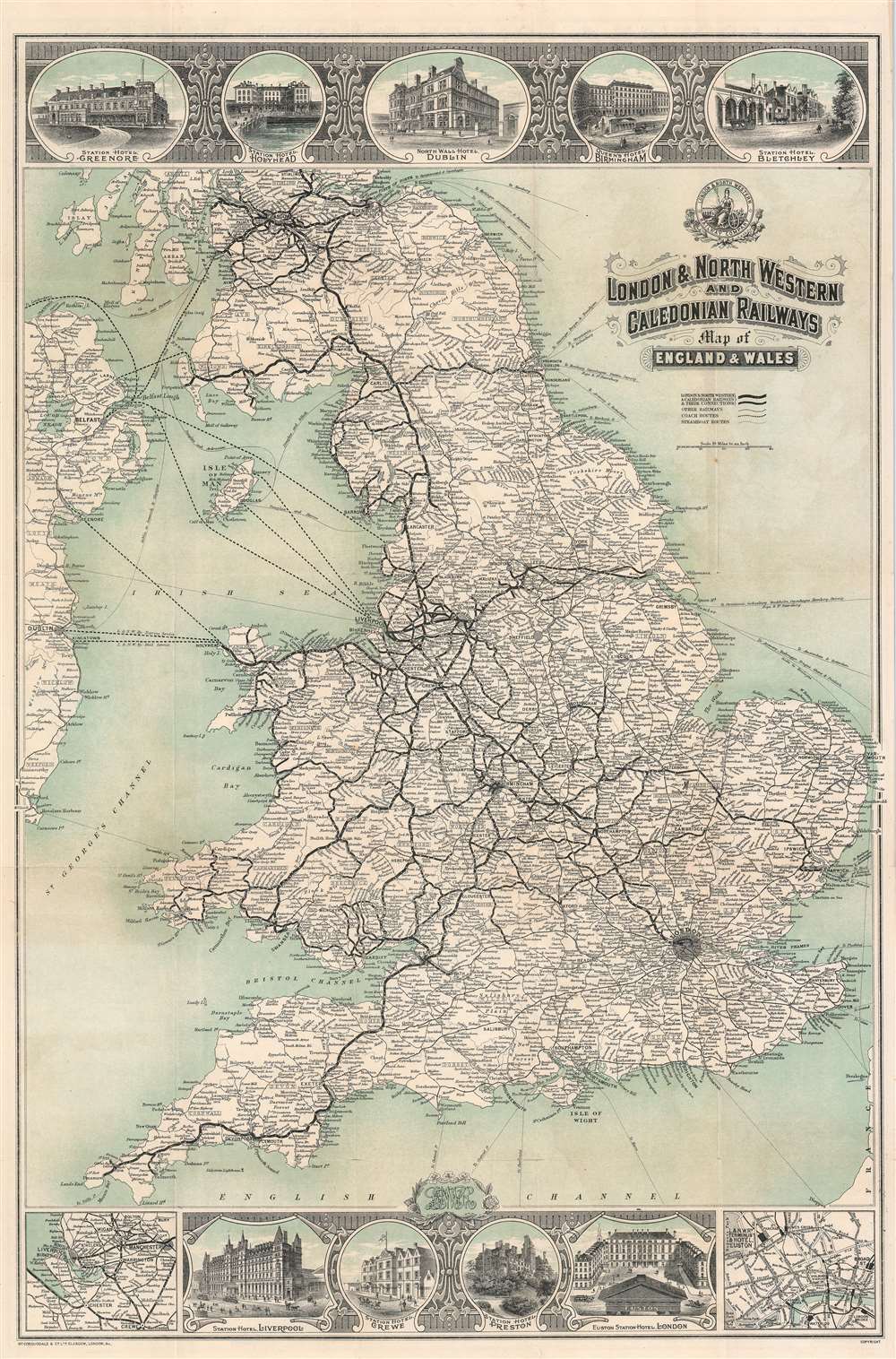 A finely engraved c. 1911 map of England and Wales published by George McCorquodale for the London and North Wester and Caledonian Railways. Railroad routes are illustrated throughout, as are roads and ferry routes to and from Ireland and the Isle of Man. There are images of grand hotels along the route illustrated at the top and bottom of the map.

This map was published by George McCorquodale from the Glasgow branch of McCorquodale and Company, a major printing concern heavily invested in the railroad industry. There are at least 4 examples on the OCLC dated to either 1810 or 1811. Bartholomew published a map with a similar title.

George McCorquodale (May 10, 1817 - 1895) was an English printer active in the late 19th century. McCorquodale was the son of Hugh McCorquodale and Lucia Hall. He was born in Liverpool, where in 1841 he established a stationer's shop, Liverpool Printing and Stationery Company. Attaining considerable success, George founded McCorquodale and Company in Newton-le-Willows in 1846. McCorquodale capitalized on printing maps, timetables, and pamphlets for the growing English railroad industry. By the 1870s, the firm established printing factories in London, Glasgow, and Leeds. In 1878, Sir Richard Moon, chairman of the London and North Western Railway, convinced McCorquodale to establish a printing office in Wolerton, then a major railroad town. This eventually led to commercial printing of books, stationary, and registered envelope. By this time, McCorquodale was one of the largest printers in the British Isles. In addition to his businesses, McCorquodale held the office of High Sheriff of Lancashire in 1882, and High Sheriff of Anglesey in 1888. He retired to Anglesey, dying in 1895. The McCorquodale company remains active and is based in Derby. Learn More...