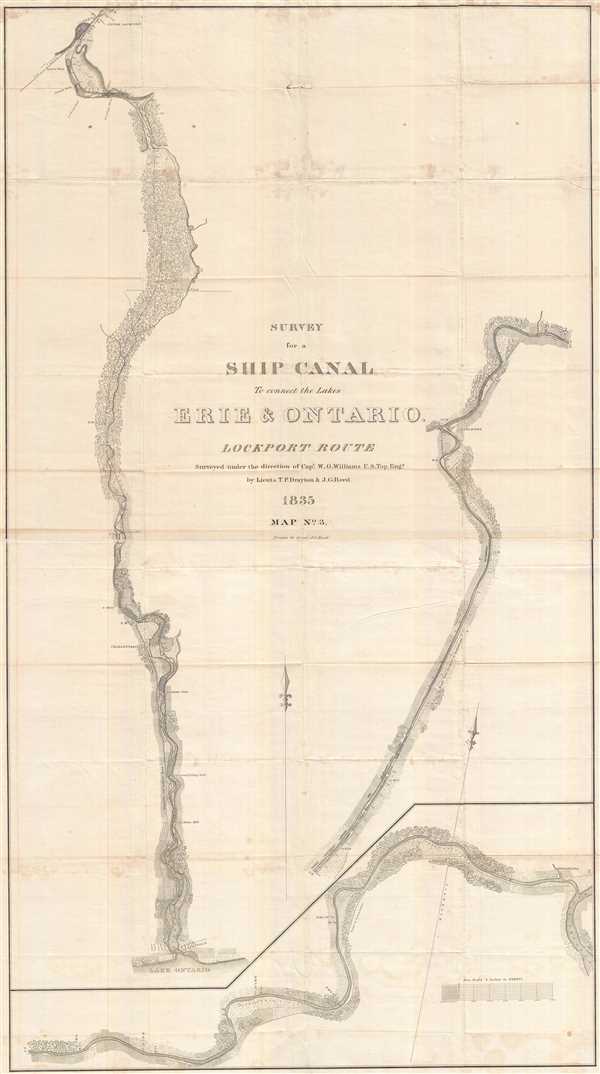 Niagara Falls! A fifth potential route for the canal - requested by a committee from Lockport, N.Y.
$450.00

This is a stunning and important 1835 William G. Williams map of Line No. 5 for the proposed canal connecting Lake Erie and Lake Ontario. The map depicts a route 'from the mouth of Eighteen-mile creek to the outlet of the Tonnewanta, on the Niagara [R]iver.' The survey was requested by a member of the 'United States Legislature' and a 'committee of gentlemen from Lockport' and undertaken at their expense. Drawn in three segments, the proposed route begins at Kempville and follows Eighteen-mile creek to Lockport, where it meets the Erie Canal and appears to run parallel to it, until joining Tonnawanta Creek and finally the Niagara River at Tonnawanta, traversing a total distance of 32 miles.

Each segment is illustrated in detail, presenting both fields and forests as well as landmarks, such as Vanhorn's Fullling Mill, roads, and towns. Distance is noted on the map, along with several other unknown notations.