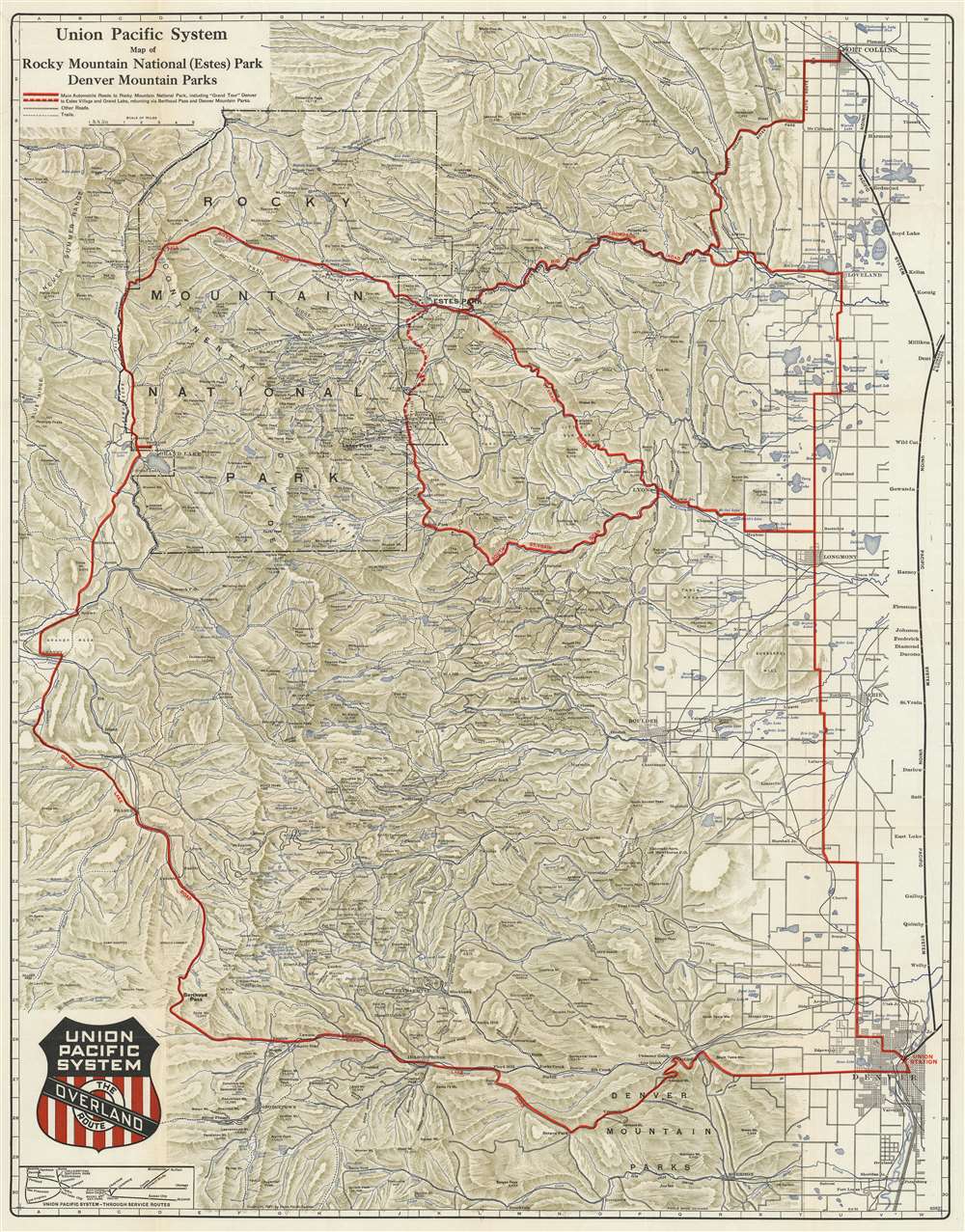 An uncommon 1924 map of Estes Park and the Rocky Mountain region west of Denver and Fort Collins issued by Poole Brothers on behalf of the Union Pacific Railroad. The map promotes travel to Denver on the Union Pacific Railroad as a means of accessing Rocky Mountain National Park (Estes Park) via car. Red overprinting illustrates potential auto routes past noteworthy town and natural wonders.

The historical significance of this map is reflected in the transition from railroad to automobile travel and the era of commercial exploitation of our National Parks. Maps such as this provide a marvelous ephemeral look at the use and development of the region and often reflect roads and commercial uses (hotels, tourist attractions, etc.) which were later closed and abandoned as the management of the park system evolved away from tourist uses and became increasingly focused on the preservation and conservation of the natural resource element of the parks.

This map was issued by the Chicago firm Poole Brothers. Variants were issued from at least 1921, with the present issue likely dating to 1924.