1749 Vaugondy Map of the Baltics and Finland 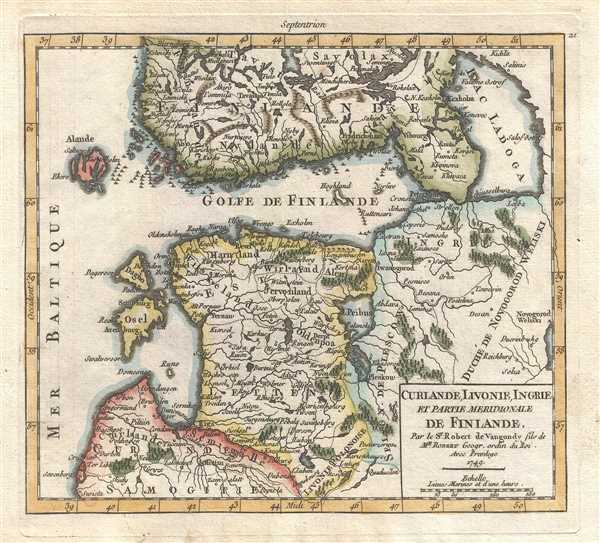 1749 Vaugondy Map of the Baltics and Finland

This is a hand colored 1749 Didier Robert de Vaugondy map of the Baltic countries Estonia and Latvia, southern Finland, and western Russia. The map depicts from the Baltic Seato Lake Ladoga and Novgorod and from southern Finland to Latvia. Besides Finland, these modern-day countries are divided into several distinct regions. Ingrie, a region below Finland and bordering Lake Ladoga, contains St. Petersburg, which is labeled. Estonia is divided in two, Esten and Letten Latvia, into Curlande and Samogitie. Within these different regions, myriad cities and towns are labeled and rivers and mountain ranges are depicted. Mountain ranges and forests are depicted in profile.