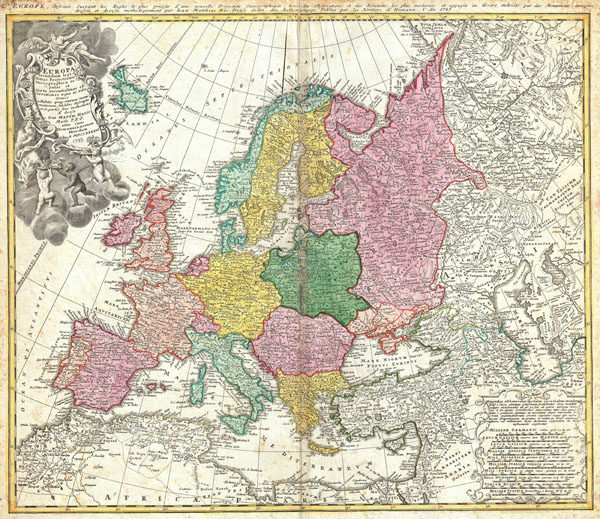 
Johann Matthias (Matyhias) Haas (Hasio, Haase) (Latinized as Johannes Hasius) (January 14, 1684 - September 24, 1742) was a German mathematician, astronomer, and cartographer. Haas was born in Augsburg but is known to have held academic positions in Nuremburg, Leipzig and Wittenberg, where he was a professor of mathematics. He produced several maps for the Homann Heirs firm in addition to several publications of his own. Today is memorialized by a crater on the Moon - Hase Crater. Learn More...