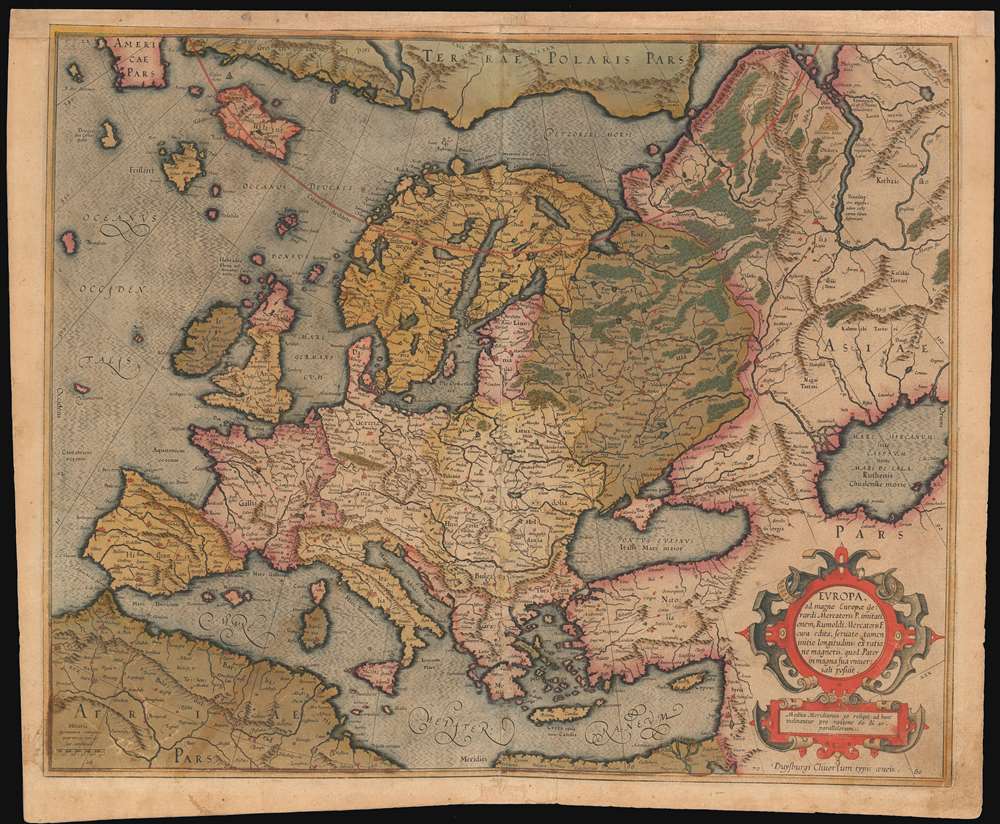 The 1595 first atlas issue of Mercator's general map of Europe. It appeared in his Atlas Sive Cosmographia, published in Duisberg. The map's geography is drawn from Mercator's wall map - likely not his lost 1554 Europe, but his 1569 World map. This map includes the fictitious geographical information published by the Venetian Nicolo Zeno in 1558. Zeno claimed that two early 15th century noblemen in his family - Nicolò and Antonio - had discovered America prior to Columbus, and moreover had been stranded on an island called Frisland - an island that does not exist. The younger Zeno produced a map describing these spurious discoveries, and this map was accepted and reproduced by Mercator, and then by other cartographers swayed by that great cartographer's authority. Frisland appears here in sharper detail than does Iceland.

The map's meticulous lettering and beautiful engraving - particularly in the ocean areas and mountains - is typical of Mercator's maps. The map is embellished with an elegant strapwork cartouche. The map was substantially revised when the atlas' production was taken over by Jodocus Hondius in 1606: issues prior to Hondius are scarce on the market.

Good. Centerfold reinforced with some loss. Upper margin extended with some manuscript reinstatement of border.