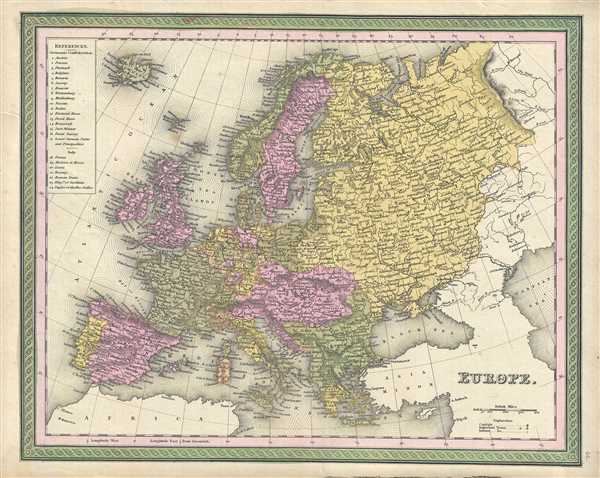 This is a nice example of Samuel Augustus Mitchell’s 1849 map of Europe. Covers the whole of Europe from Iceland to the Caspian Sea and Ural Mountains and from North Cape toe Sicily. This map is beautifully detailed in full hand-color by country. Political and topographical features are noted and color coded with elevation rendered by hachure. Mitchell reveals the Austrian empire at its height, the many states of the German Confederacy, and a pre-Garibaldi Italy split into numerous small Duchies and states. This map was created during an exciting historical period that witnessed the unification of Italy and saw the British Empire rise to its peak.