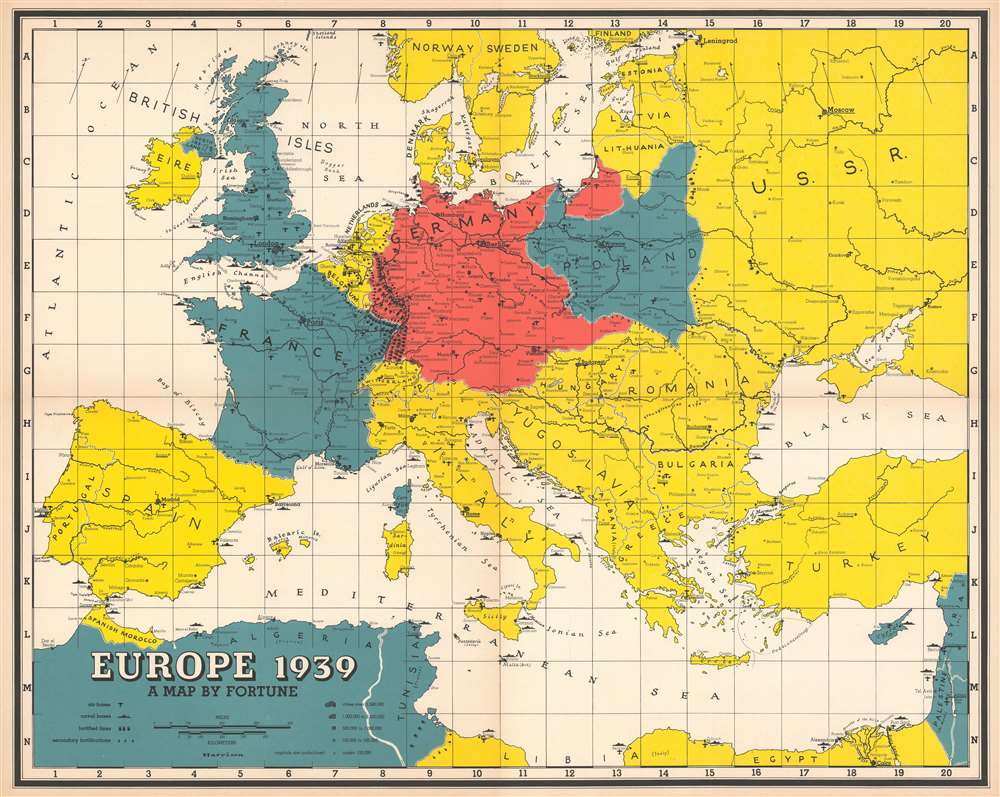 Details continental Europe and its military installations on the brink of World War II.
$400.00

This is a 1939 Richard Edes Harrison map of Europe on the brink of World War II. Depicting the entirety of continental Europe, Harrison employs small icons to indicate air and naval bases as well as fortified lines along international borders. The fortifications built between France and Germany, the vaunted Maginot and Siegfried Lines respectively, represent the highest concentration of illustrated military force. Harrison also uses color to identify military alliances as they stood when this map was published. The Allied powers, France, the United Kingdom, and Poland, are shaded blue, while Germany is colored red. It is important to note that Germany’s borders here include the Anschluss, or the Reich’s forced annexation of Austria, and its invasion of Czechoslovakia, neither of which were opposed by the Western powers. World War II began in earnest in Europe on September 1, 1939, when Germany invaded Poland from the west, and France and Great Britain declared war on Germany, but did little to come to Poland’s defense. As agreed in the Molotov-Ribbentrop Pact between Nazi Germany and the Soviet Union, the Soviets invaded Poland on September 17th. The Soviets would not join the Allied side until Operation Barbarossa (Unternehmen Barbarossa) the June 22, 1941 German invasion of the Soviet Union.