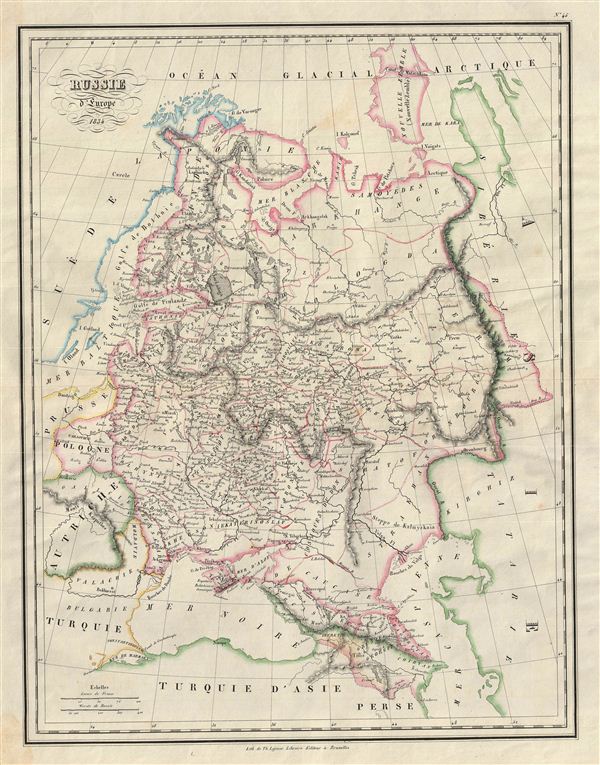 This is a fine example of Conrad Malte-Brun's 1834 map of european Russia. The map covers Russia from Arctic Ocean to Turkey and from Sweden to Tartary. In 1825, a few years before this map was drawn, Russian army officers, called the Decembrists, protested against Nicholas I's ascension to the throne. The Decembrists, so named because their revolt started in December, favored Nicholas's brother, Constantine, who seemed amenable to a British style constitutional monarchy. When Constantine abdicated the throne in 1825, the Decembrists refused to accept the more autocratic rule of Nicholas I. Had Constantine not abdicated and the Decembrists been successful, the bloody Bolshevik Revolution may never have occurred.

Various cities, towns, rivers, lakes and other topographical details are marked, with relief shown by hachures. Boundaries are color coded according to states and districts. This map was issued as plate no. 45 in Conrad Malte-Brun's 1837 Atlas Complet du Precis de la Geographie Universelle.