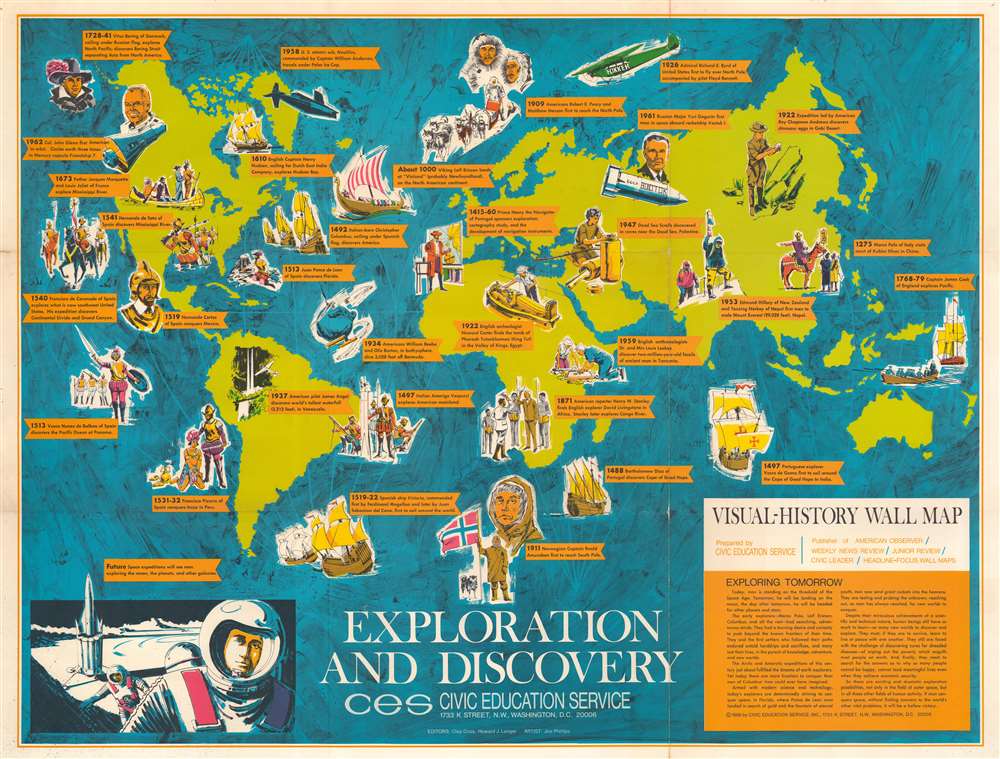 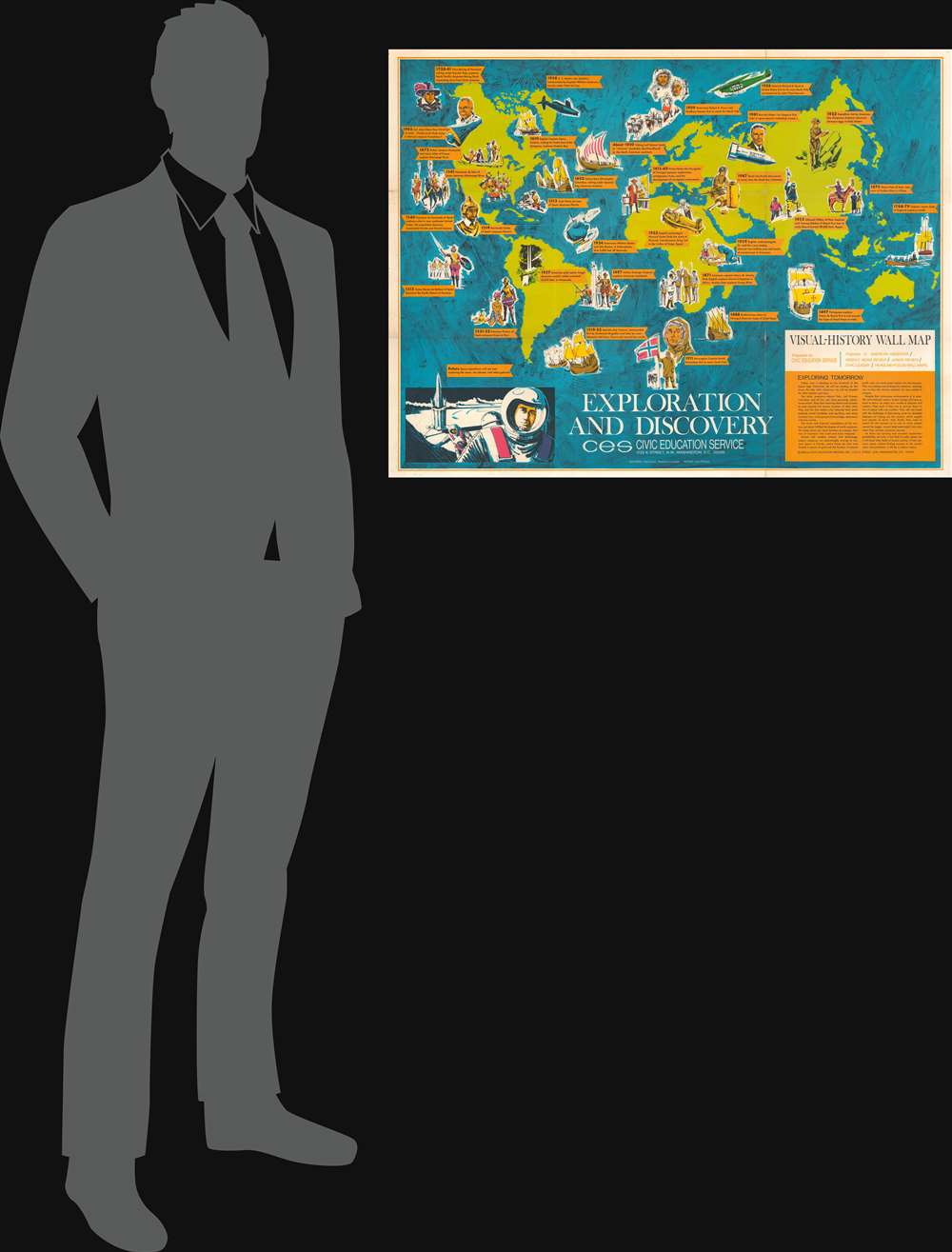 This is a 1966 Civic Education Service pictorial map of the world highlighting historical exploration and discovery. Nearly three dozen historical events are described on banners across the world. These include Leif Ericson's landing at 'Vinland', Hudson's exploration of Hudson Bay, Magellan's circumnavigation of the Earth, Stanley and Livingstone's meeting in Africa, and John Glenn's orbit of the Earth in Friendship 7. Pictorial vignettes illustrate each event, with portraits of Roald Amundsen, Hernando Cortez, and Amerigo Vespucci, among them. An illustration of space exploration appears in the lower left corner, illustrating the next frontier of human exploration. Only three years later Armstrong and Aldrin walked on the Moon. Unfortunately, their prediction that humanity would explore the planets and other galaxies has not come to fruition.

This map was designed by artist Joe Phillips and edited by Clay Coss and Howard J. Langer. It was published by the Civic Education Service in 1966. We note two examples cataloged in OCLC which are part of the collections at Auburn University and the University of Arizona. We also note an example that is part of the David Rumsey Map Collection.