1845 Arnout View of the Façade of Notre Dame Cathedral in Paris, France 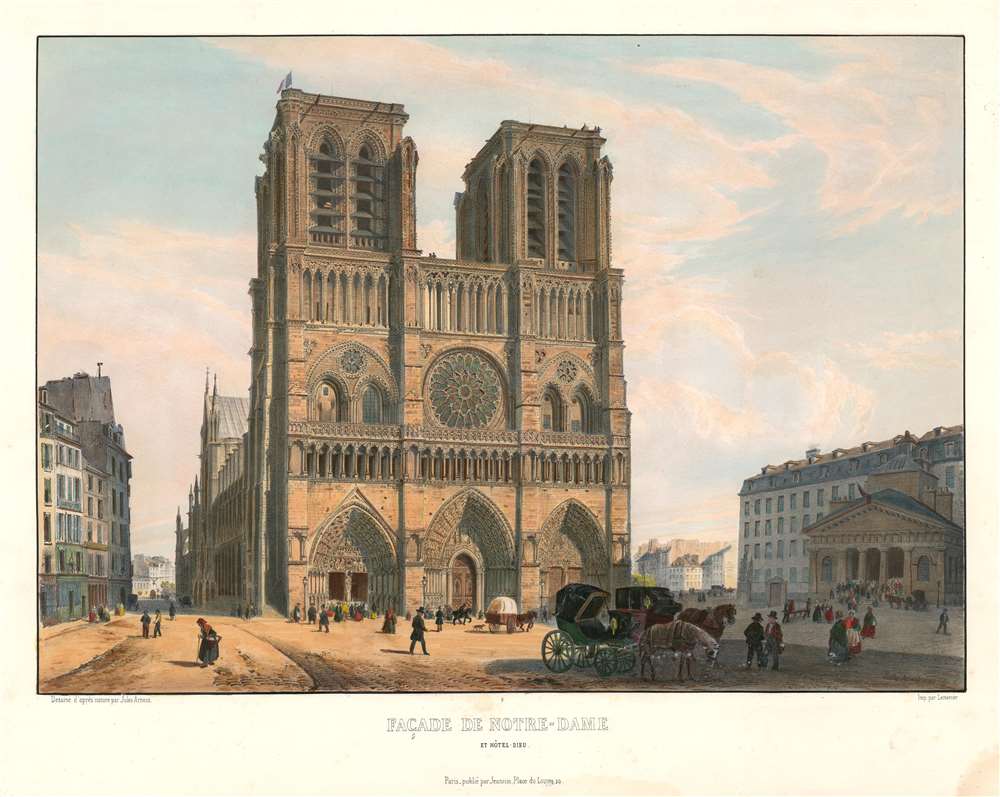 1845 Arnout View of the Façade of Notre Dame Cathedral in Paris, France

This is a c. 1845 Jules Arnout view of the façade of Notre Dame Cathedral in Paris. The view depicts the front of Notre Dame from the left, with the entire left side of the cathedral illustrated along the street that ran parallel it. A large group of people are illustrated entering the cathedral through the door on the left and others are shown milling about in the square in front of Notre Dame, going about their daily lives. Two carriages are parked in front of the cathedral. The cathedral's two stunning towers rise high above the square, surveying the goings-on much as they had for centuries. The iconic rose window is beautifully drawn in as much detail as was possible, as is the entire façade. The Hôtel-Dieu hospital, the oldest hospital in Paris, is depicted on the right side of the view, with a large crowd of people climbing its steps.

This view was drawn by Jules Arnout 'd'après nature', which implies that he sketched the view while sitting in front of Notre Dame herself. It was printed by the Lemercier firm and published by Henri Jeannin c. 1845. We are aware of only one example in institutional collections at the Musée Carnavalet in Paris.

Very good. Even overall toning. Soiling along bottom and top margins. Blank on verso.
Looking for a high-resolution scan of this?