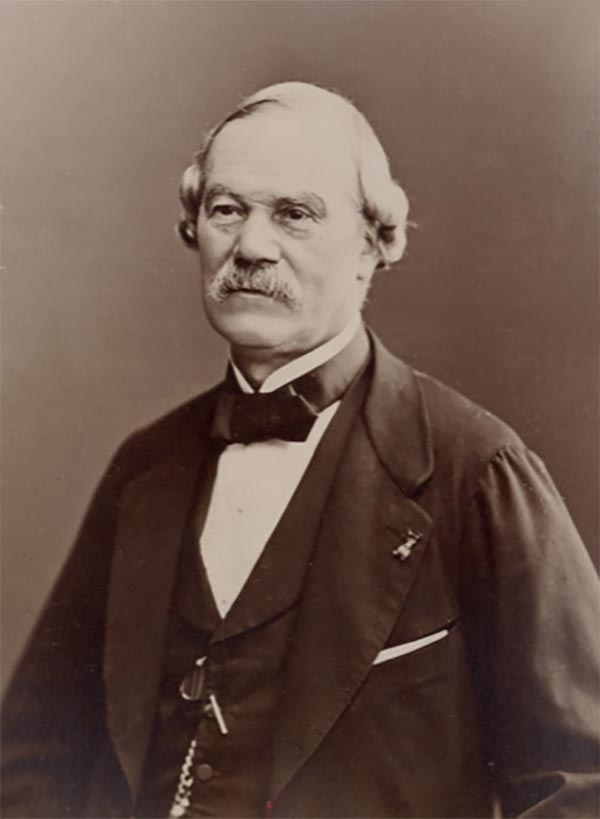 Rose-Joseph Lemercier (June 29, 1803 - 1887) was a French photographer, lithographer, and printer. One of the most important Parisian lithographers of the 19th century, Lemercier was born in Paris into a family of seventeen children. His father was a basket maker, and he even began working as a basket maker at the age of fifteen, but Lemercier was drawn to lithography and printing and soon entered into an apprenticeship with Langlumé, where he worked from 1822 until 1825. After working for a handful of other printers, Lemercier started his own firm in 1828 at 2, rue Pierre Sarrazin with only one printing press. He subsequently moved a few more times before arriving at 57, rue de Seine, where he founded the printing firm Lemercier and Company. Lemercier created the firm Lemercier, Bénard and Company in 1837 with Jean François Bénard. Lemercier bought out Bénard's share in the firm in 1843 and, since his two sons died at a young age, he decided to bring his nephew Alfred into the business beginning in 1862, who would progressively take on more and more responsibility in running the firm. Between 1850 and 1870, Lemercier's firm was the largest lithographic company in Paris. The firm began to decline in prestige in the early 1870s, and, after Lemercier's death in 1887, its descent only quickened. It is unclear when the firm closed, but Alfred directed the firm until his death in 1901.

1845 Arnout View of the Facade of Notre Dame Cathedral in Paris, France

1845 Lauvergne View of the Village of Kealakekua, Hawaii

1845 Lauvergne View of Singapore Waterfront from the Harbor