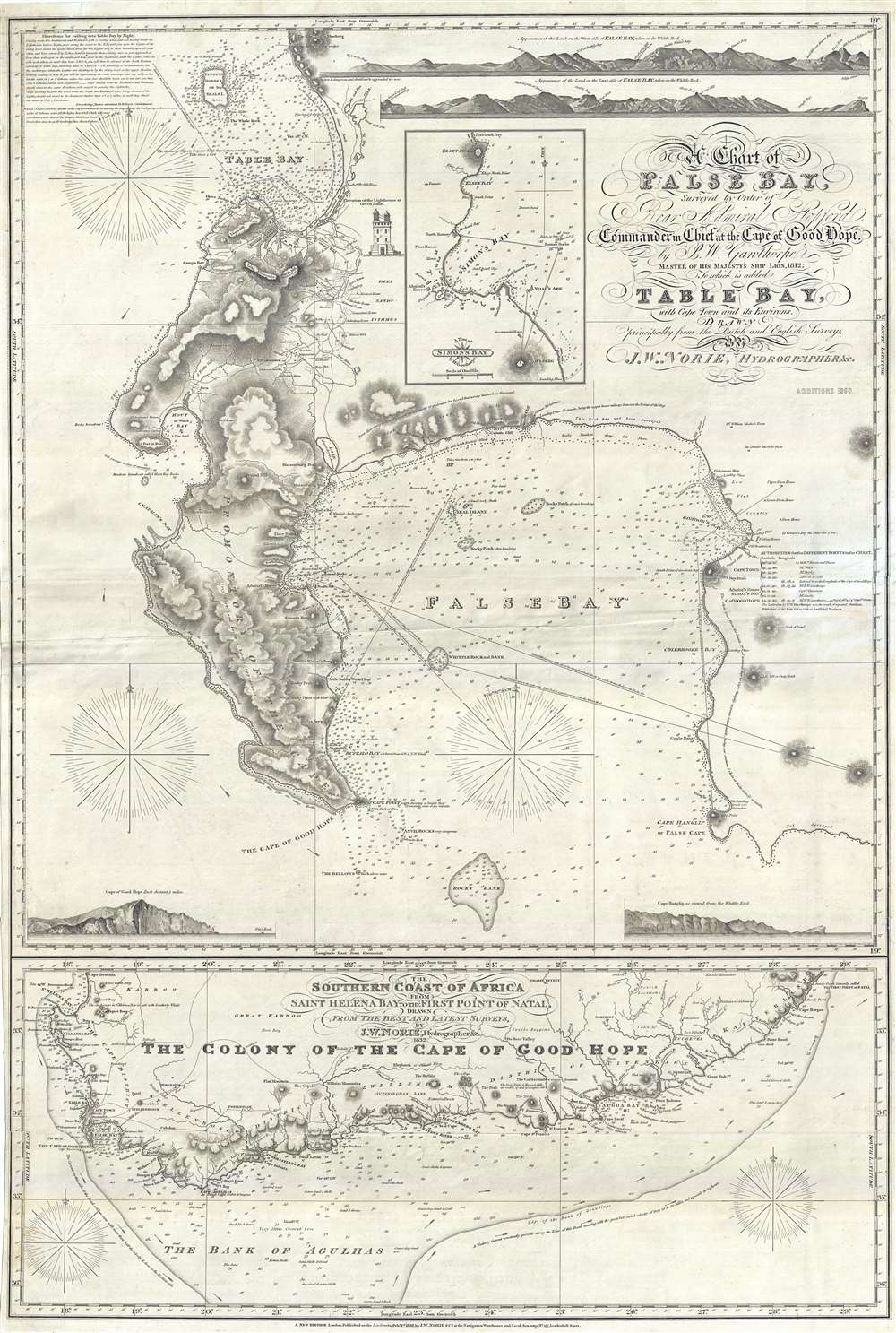 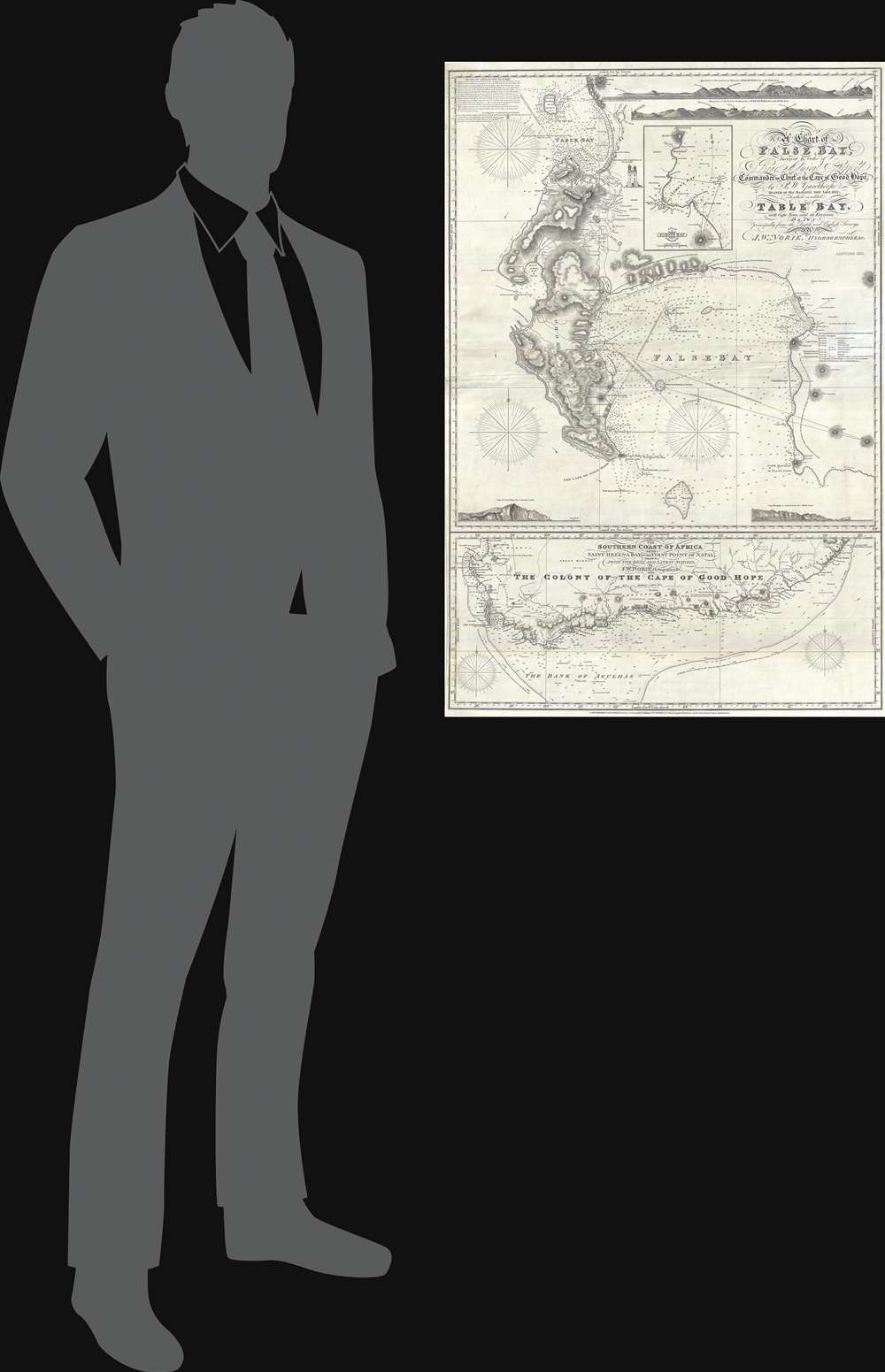 Exceedingly rare, highly decorative, and important map of the Cape of Good Hope.

A remarkable and very rare 1860 British commercial nautical chart of False Bay and the Cape of Good Hope, South Africa. Issued by John William Norie, this map is based upon surveys ordered by Sir Robert Stopford during his time as Commander-in-Chief of the Cape of Good Hope Station (1810 – 1827). The chart depicts from Robben Island south to the Cape of Good Hope and False Cape, including Rocky Bank. False Bay and the Promontory of the Cape are illustrated in full. In the vicinity of Cape Town, the map offers exceptional inland detail, identifying numerous private estates by the name of their owners, along the various rivers between Table Bay and False Bay. An inset of Simon's Bay appears in the upper right, near the title area, with important buildings identified.

Beneath the main chart of False Bay, there is a secondary map of the Cape Colony extending from the Cape District in the west to Cape Morgan and the Sandy Point or 'First Point of Natal.' This map offers limited inland cartography including major mountains, roads, and riverways. Some towns are noted, among them are De Beer Valley, Somerset, various forts, 'Gaikas Residence,' Zwellendam, Worchester, Setllenbosch, Caledon, and more.

Throughout both maps there are detailed depth soundings and curious annotations relating maritime and other information. Nighttime sailing directions into Table Bay appear in the upper left. There is an illustration of the lighthouse at Green Point. The map is further embellished by four land profiles.

Norie originally issued this chart in 1832. The present example offers updates to 1860 and so must have been issued posthumously by Norie's heirs. Evidence suggests that there were most certainly intermediary variants published, but nevertheless this is the only example of this chart we have been able to positively identify in any collection public or private. A unique rarity.