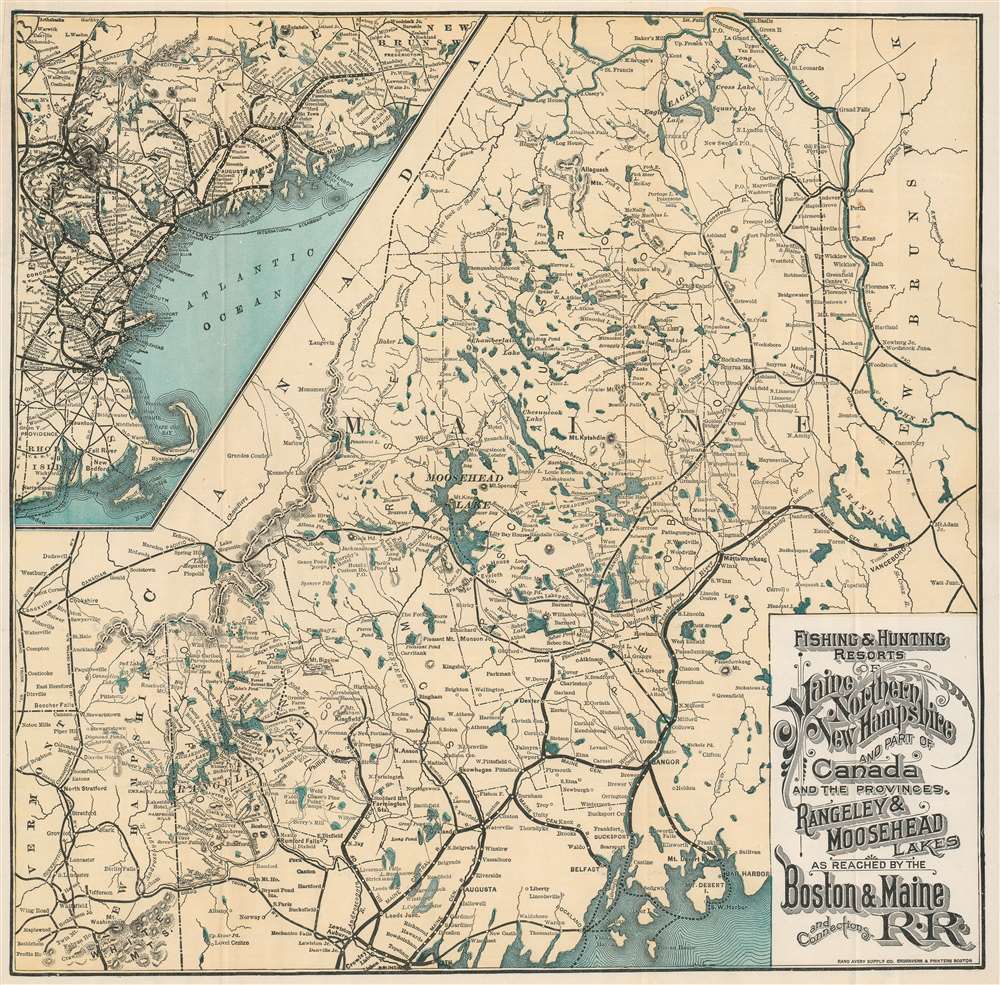 This is an 1899 Rand Avery Supply Company and Boston and Maine Railroad map of Maine and northern New Hampshire. Depicting the region from the White Mountains northeast to New Brunswick, thick black lines trace the Maine Central Railroad's route. Less imposing black lines illustrate the region's other railroads, including the 'Canadian Pacific Railroad' and the 'Bangor and Aroostook Railroad'. Maine's many lakes, such as Moosehead Lake, Chamberlain Lake, the Eagle Lakes, and Grand Lake, are illustrated and labeled, along with the region's many rivers. Houses, hotels, and other properties catering to outdoor sports enthusiasts are identified, although they are not emphasized. An inset in the upper left promotes the railway network between Boston and Vanceboro, Maine, with spur service to the Mount Desert Island Ferry and numerous lines running through the White Mountains.

This map was created by the Rand Avery Supply Company and published by the Passenger Department of the Boston and Maine Railroad in the second edition of Boston and Maine Railroad. Summer Excursions to the White Mountains, Mount Desert, Montreal and Quebec, Winnepesaukee, Memphremagag, Rangleley and Moosehead Lakes, and the New England Beaches. Routes, Rates, Maps, Hotel and Boarding-House List, etc., etc. in 1899. An example of the map is cataloged in OCLC and is part of the institutional collection at Harvard University.