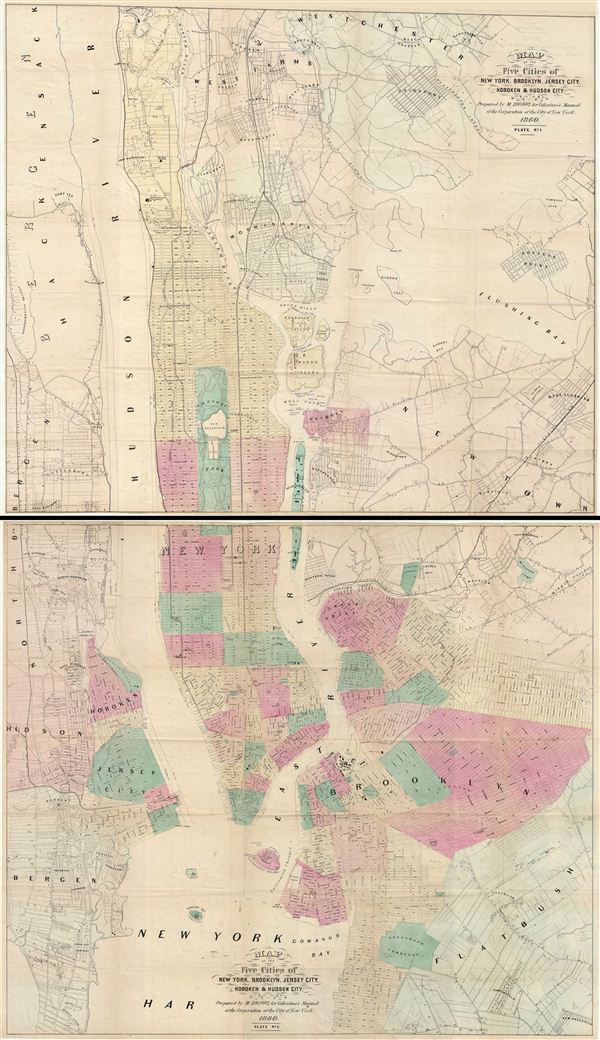 This is an uncommon example of Matthew Dripps' two panel 1860 map of New York, Brooklyn, Jersey City, and Hoboken. Issued as a set of two maps (plate 1 and 2), with plate 1 covering from Westchester to 63nd street in Manhattan and from Bergen to College Point. Plate 2 covers from 62nd street in Manhattan to Flatbush in Brooklyn. The region is shown in considerable detail and identifies street numbers, railroad lines, important buildings, parks, ferry lines, reservoirs, and various other details. A great source for understanding what Manhattan, Brooklyn and Jersey City/Hoboken looked like in the middle 19th century. Roosevelt Island is here identified as Blackwells Island, while Liberty Island is Bedloe's Island. Where Columbia University now stands, this map reveals a 19th century Lunatic Asylum. Fort Washington and Fort Lee are both identified. This map was prepared by Matthew Dripps for inclusion in the 1860 edition of D. T. Valentine's Manual.

Valentine, D. T., Valentine's Manual of the Corporation of the City of New York, (New York) 1860.