1728 Stocklein Map of Egypt and the Red Sea 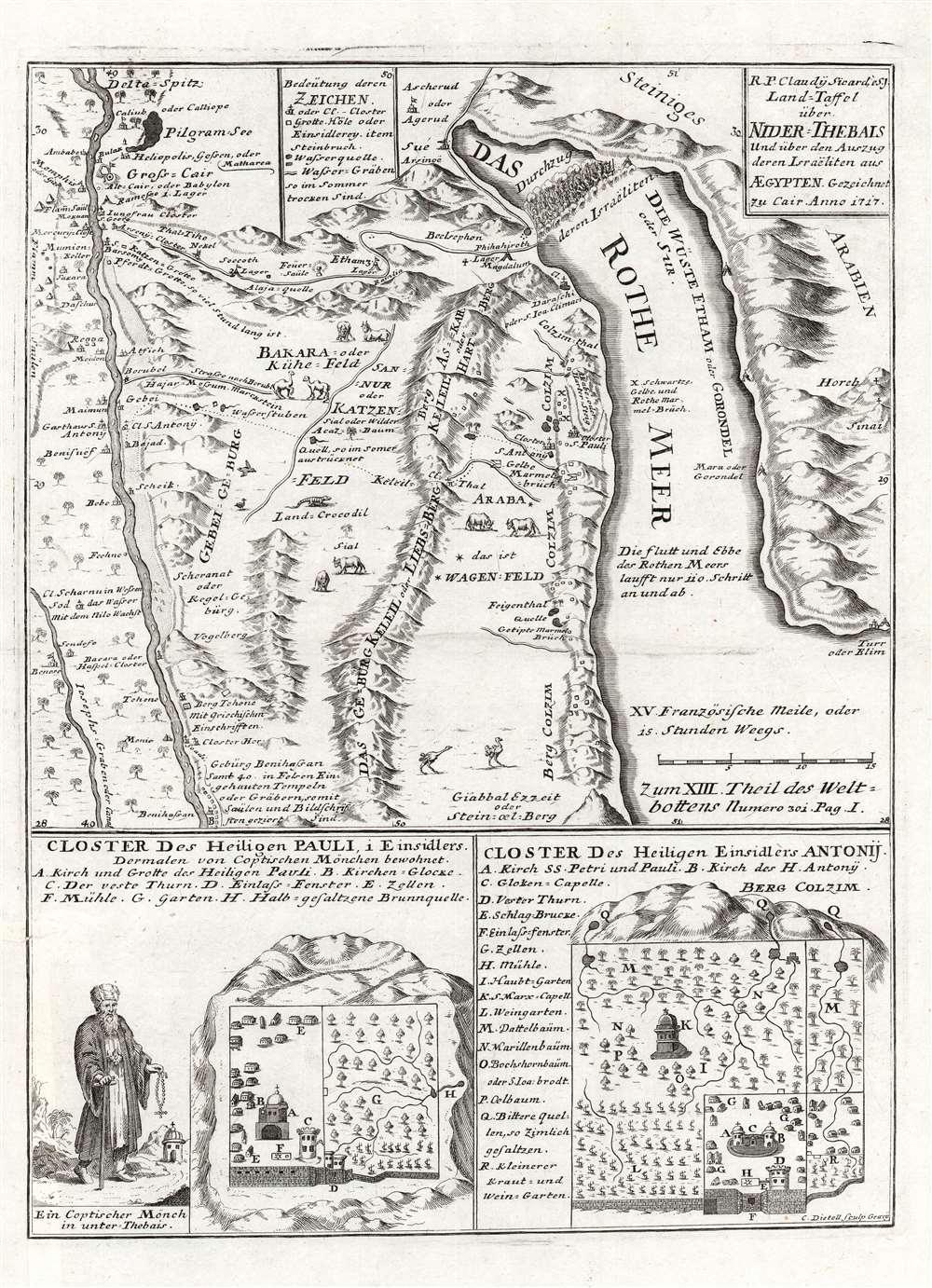 1728 Stocklein Map of Egypt and the Red Sea

This is a c. 1728 Joseph Stocklein map of northeastern Egypt and the Red Sea. This beautifully engraved map illustrates the course followed by the Israelites as they fled captivity in Egypt. The tale, as recounted in Exodus, is one of the most dramatic in the Bible, including such events as Moses' parting of the Red Sea, illustrated at top center. The map's coverage extends from Nile River east to the Red Sea. Cities and oases are identified, including Cairo, Memphis, and Heliopolis. Vignettes of African animals, including crocodiles and ostriches, adorn the map as well. The route the Israelites traveld in their trek to the Red Sea is noted. In the lower quadrants supplementary maps illustrate the 'Cloister of St. Pauli' and the 'Cloister of Saint Einsidles Antonij.

This map was created and published by Joseph Stocklein c. 1728. It was engraved by Christoph Dietell in Graz. It is not cataloged in OCLC.

Very good. Closed tear and reinstated margin along left border.
Looking for a high-resolution scan of this?