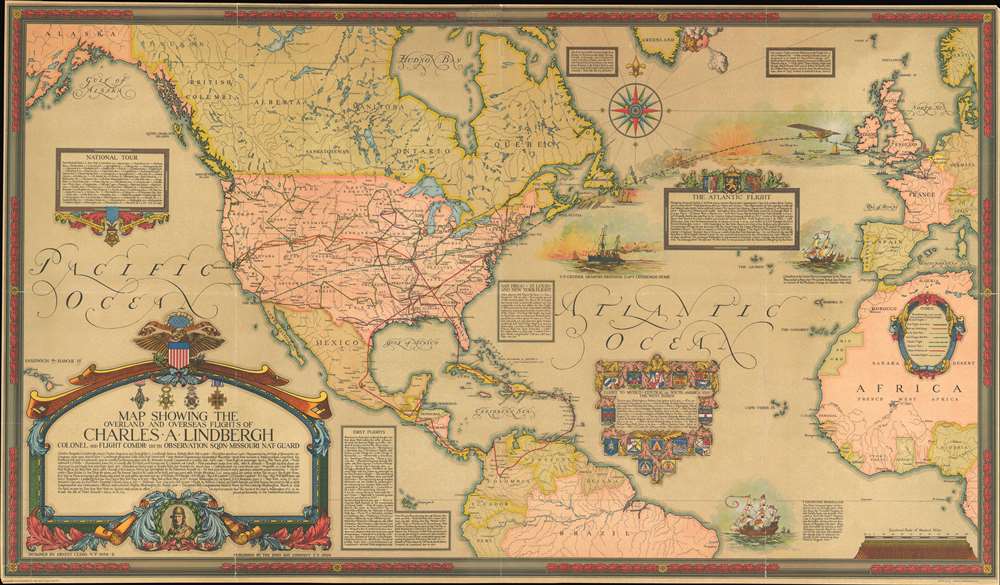 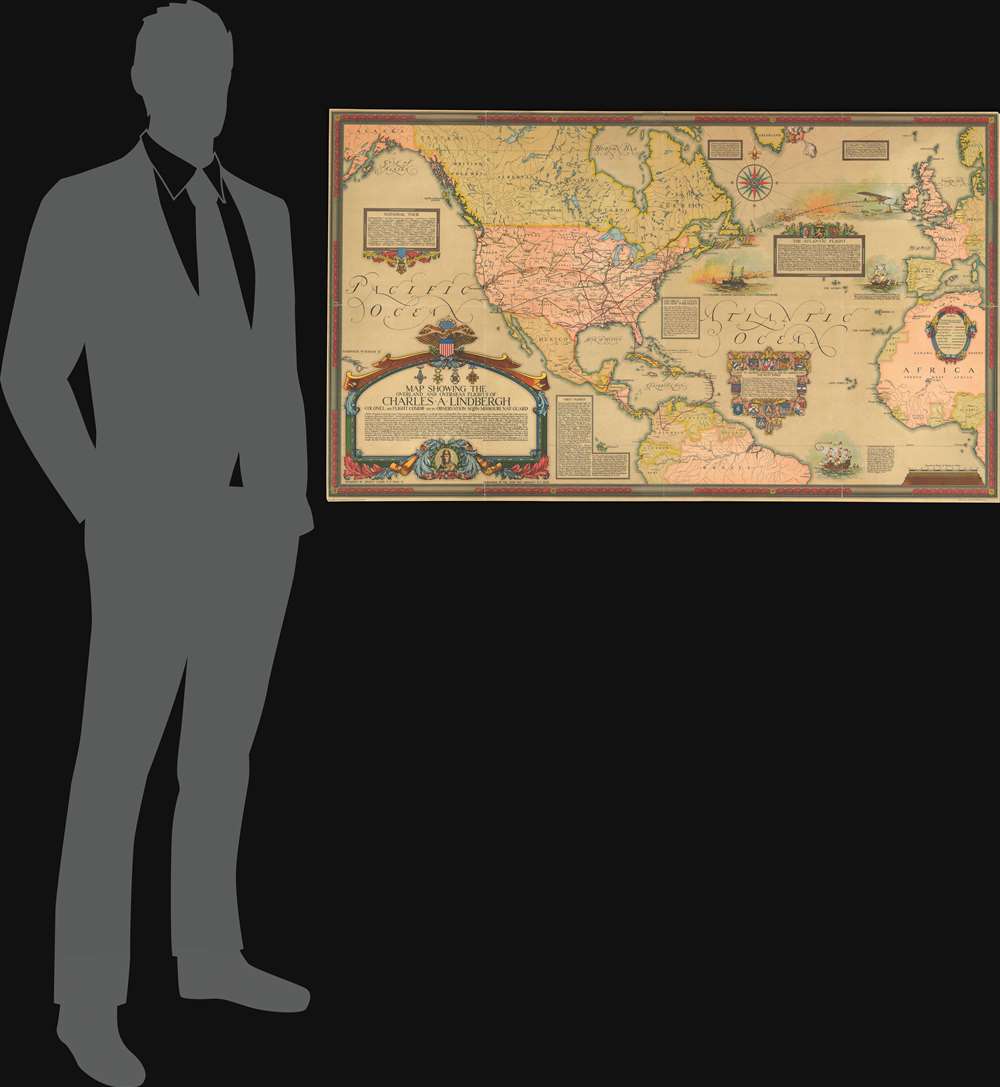 This is a 1928 Ernest Clegg pictorial map of the world celebrating Charles Lindbergh's transatlantic flight. The map depicts the world from Alaska to Norway and from the Yukon and Greenland to Brazil. It traces Lindbergh's flying career from his 1923 first solo flight at Americus, Georgia to the delivery of his now world-renowned airplane The Spirit of St. Louis to the Smithsonian Institution in 1928. Each of Lindbergh's flights is traced by a line consisting of arrows illustrating the direction of the flight and other notations, as well as different colors to allow for route identification.

Lindbergh's Flights, Including the Historic Flight from New York to Paris

The first flight path begins in Americus, where he bought his first airplane, and is traced in a dark purple. The historic flight from New York to Paris is highlighted in sky blue and begins in San Diego, where Lindbergh picked up The Spirit of St. Louis, which he then flew cross-country to Long Island. He departed Roosevelt Field, Long Island on May 20, 1927 and landed at Le Bourget Airport north of Paris thirty-three-and-a-half hours later on May 21. He returned to Washington, D.C. on June 11. His tour of the United States followed from July through late October, 1927. Lindbergh then departed on his flight through Central America, northern South America, and the West Indies, which lasted from December 1927 through February 1928.

Illustrations and Notations on the Map

Many illustrations present on the map refer to Lindbergh's exploits, including the depiction of The Spirit of St. Louis off the coast of Ireland and the vignette of the U.S.S. Memphis in the Atlantic. Text boxes provide a day-by-day summary of his National Tour, the Flight through the Americas, and, of course, a detailed summary of The Atlantic Flight. The National Tour box is accompanied by an illustration of the Congressional Medal of Honor, which Lindbergh received from President Coolidge on March 21, 1928 by a special order of Congress. An index summarizing the different notations used to differentiate between the different flights is situated along the right border.

This map was designed and drawn by Ernest Clegg and published by The John Day Company in 1928. It is present in at least six institutional collections and is relatively scarce on the private market, with only a half dozen of examples of appearing on the market in recent years.

Good. Mounted on linen. Two areas of infill along top border. Exhibits wear along original fold lines and some toning. Blank on verso.