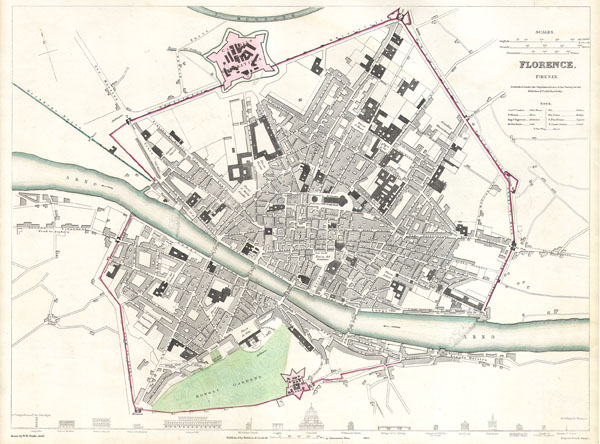 This map is a steel plate engraving, dating to 1835 by the Society for the Diffusion of Useful Knowledge, S.D.U.K. It represents the city of Florence or Firenze, Italy. Depicts the old city of Firenze in considerable detail and give attention to most important streets, buildings and monuments. Along the bottom of the map there appears drawings of the facades of 16 Florentine structures entitled 'A comparison of the principal buildings in Florence.' Published for the Society for the Diffusion of Useful Knowledge, by Baldwin and Cradock of Paternoster Row, London, 1835.