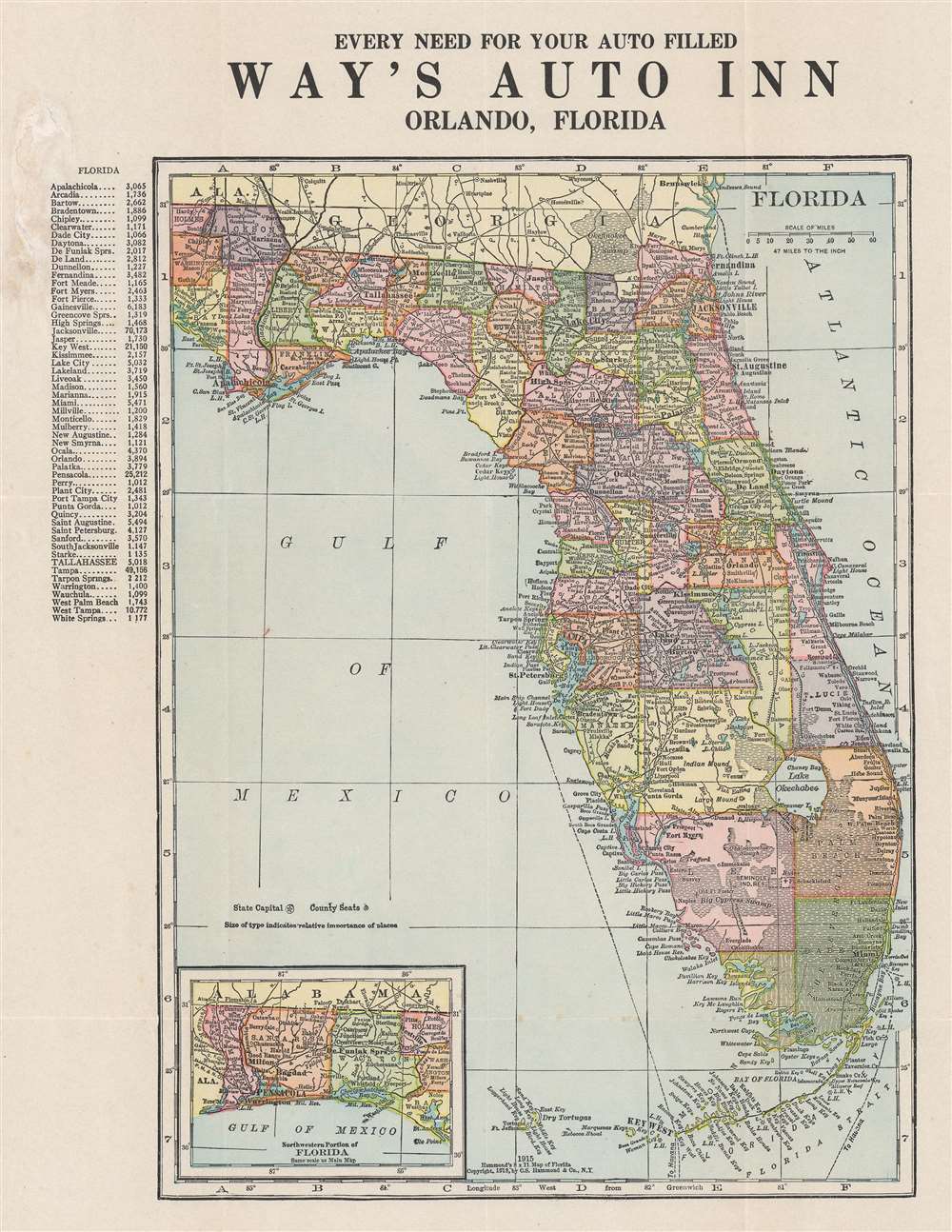 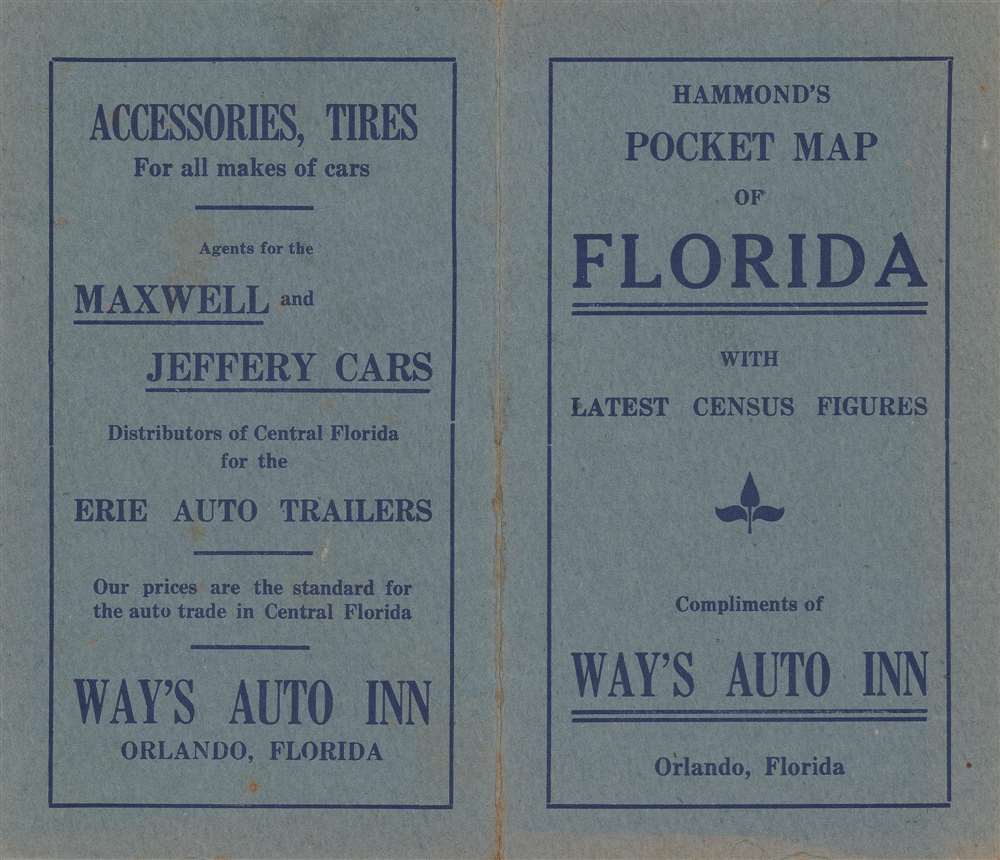 Distributed by the Way's Auto Inn from Orlando.

This is a 1915 C. S. Hammond map of Florida, for distribution by Way's Auto Inn in Orlando. Major roads are illustrated and cities, towns, and villages throughout the state are labeled. An inset in the lower-left focuses on the Florida Panhandle from Alabama to West Bay. An index along the left presents the most recent population data for fifty-five Florida cities, given in alphabetical order.

This map was created and published by C.S. Hammond and Company in 1915. The present example was issued for and distributed by the Way's Auto Inn of Orlando, Florida.

Good. Exhibits light wear along original fold lines. Exhibits wear and infill where once attached to accompanying binder.
Looking for a high-resolution scan of this?