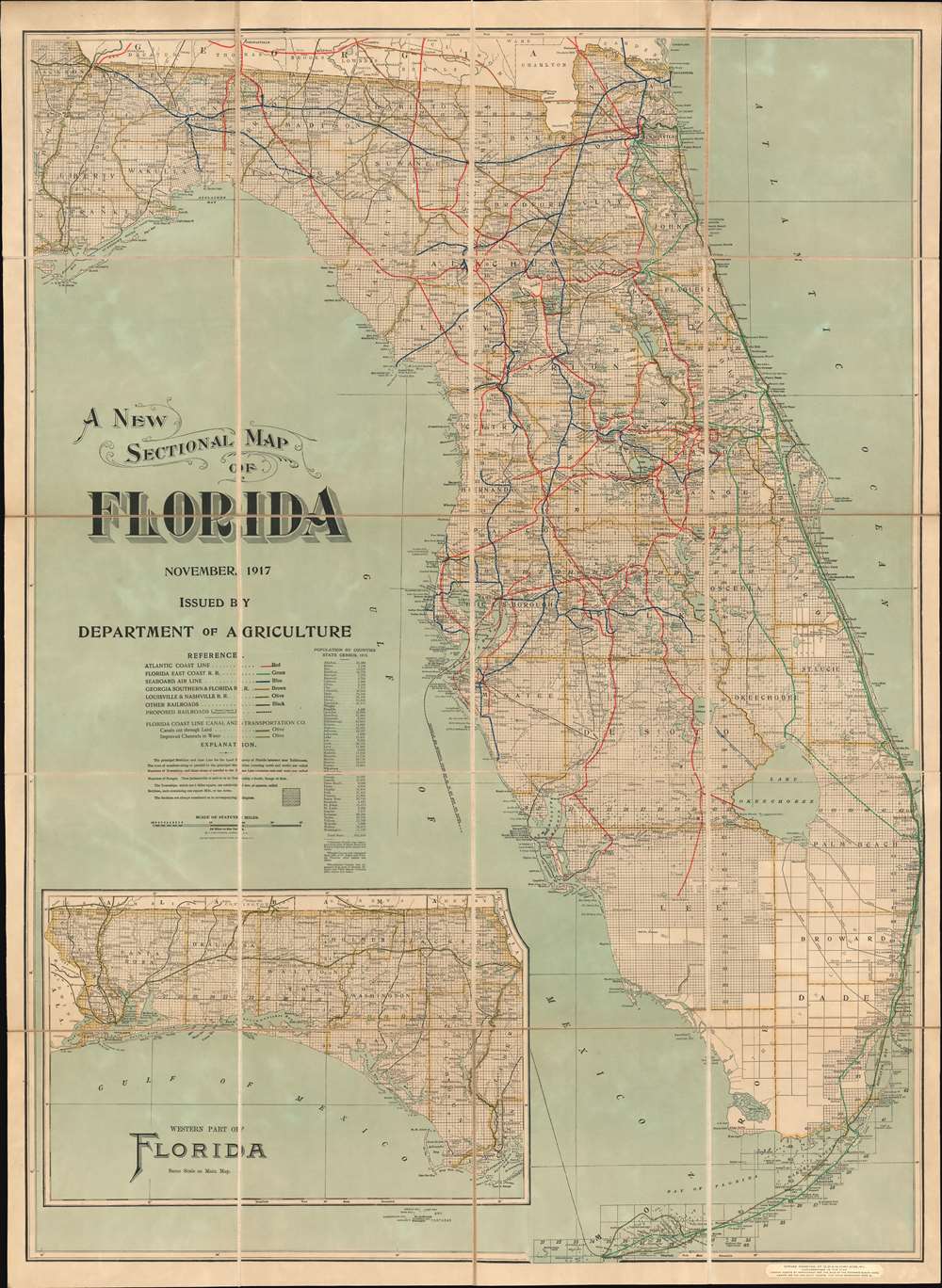 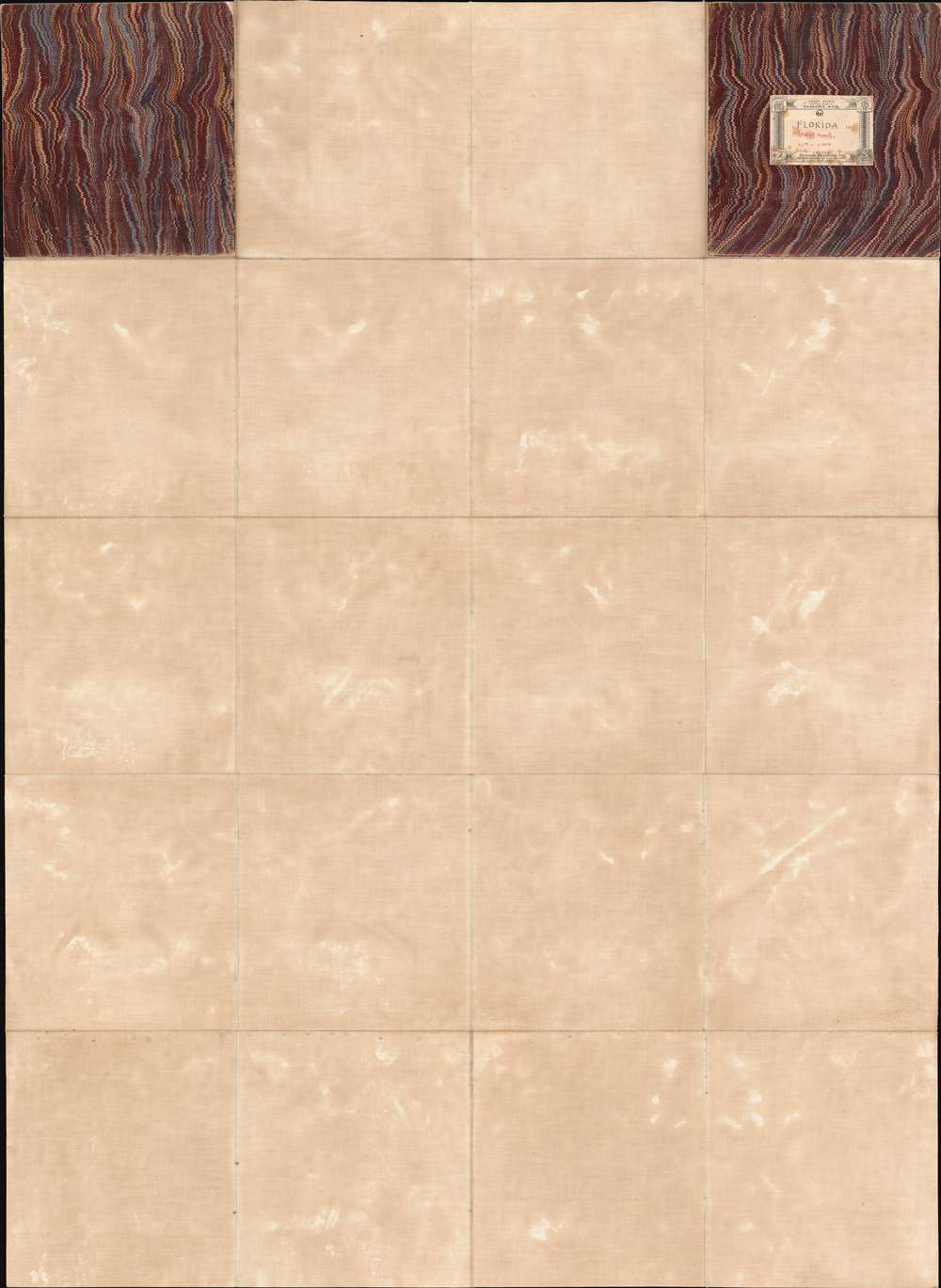 A spectacular 1917 large format map of Florida issued by the Matthews-Northrup Company for the Florida Department of Agriculture. The map covers all of peninsular Florida, including the Florida Keys. An inset in the lower left details the Florida Panhandle. The map is broken into rectilinear platting (land grids) - betraying the source material as the state and federal land surveys. Despite being issued by the Department of Agriculture, this is very much a transportation map, with detailed breakdowns of Florida railroads as of 1916, including the Florida East Coast Railway, which extends all the way to Key West. It also notes inlands waterway routes, noting canals and improvements.

There are several lines that seem to travel deep into the swamps and simply terminate. These include the Sebastian - Broadmoor line, later known as 'The Dinky Line', which has no less than twelve tributary lines that also seem to terminate in the middle of nowhere. These are short-line railroads developed to capitalize Florida's nascent lumbering industry. In the late 19th and early 20th century much of Florida was clear-cut, denuded of its heritage cypress trees, some of which were thousands of years old. These were then floated, as here, to specially built railroad terminals, loaded on cars, and transported to mainline tracks for sale further north, or use in developing coastal resort cities. It is estimated that nearly 10% of these logs sank in transit to the railroad depots, and many remain underwater in swamps to this day. A new form of Florida logging, 'deadhead logging,' has since developed to harvest these sunken trees, which are highly regarded by woodworkers for their exceptional size, beauty, and strength.

This map features the bookplate and back label of 'Edward Stanford, Ltd.' a London map publishing and selling concern. Unlike most examples, the present map has been dissected and mounted on linen, with marbled endpapers. This was most likely the work of Stanford, as this method of preserving and presenting maps was popular in London and specialty of the firm. Stanford's treatment makes this a uniquely interesting example of this rare map.

This map was first issued by the Department of Agriculture in 1903 and was updated regularly to at least 1923, and in this style, to about 1922. It follows on an earlier map of the same title, coverage, and scale, also printed by Matthews-Northrup, to drum up land sales and development by the Land Department of the South Florida Railroad Company from 1888 to about 1902. When the railroad stopped publishing the map, Mathews-Northrup repurposed the plates for the Department of Agriculture. This map is represented in several institutional collections, but is rare on the market.

Very good. Some spotting. Dissected and mounted on linen.