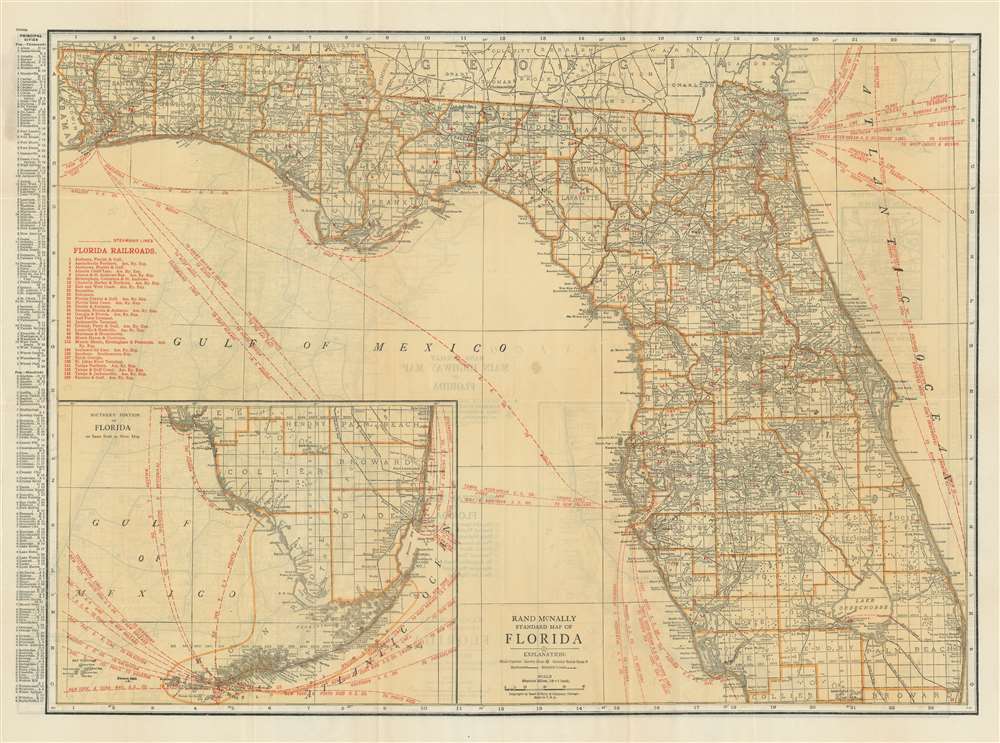 Florida's many steamship and railroad lines.

A transportation map at its finest, this c. 1923 Rand McNally map of Florida traces the state's railroad lines and steamship lines. Thirty numerically identified railroad lines crisscross the state and correspond with an index situated along the left border. Steamship lines are illustrated by dashed lines that leapfrog from one port to the other. Nearly every line is identified by the company operating the route, but all promote the intended destinations, which include New York City, Europe, South America, Africa, and the Far East. An inset map, situated in the lower left corner, details southern Florida and the Florida Keys. Key West is a hub for steamship travel: ten lines head west for locations along the Gulf of Mexico, and another five point east, heading for ports along the East Coast of the United States and in the Caribbean.

This map was created and published by Rand McNally and Company c. 1923. It is part of a series that was updated regularly as new steamship lines came into service. The Touchton Map Library at the Tampa Bay History Center has several examples we believe to be earlier editions, some of which are dated, thus our presumed date of 1923. We have not been able to trace another example of this edition.

Very good. Light wear along original fold lines. Road map of Florida on verso.
Looking for a high-resolution scan of this?