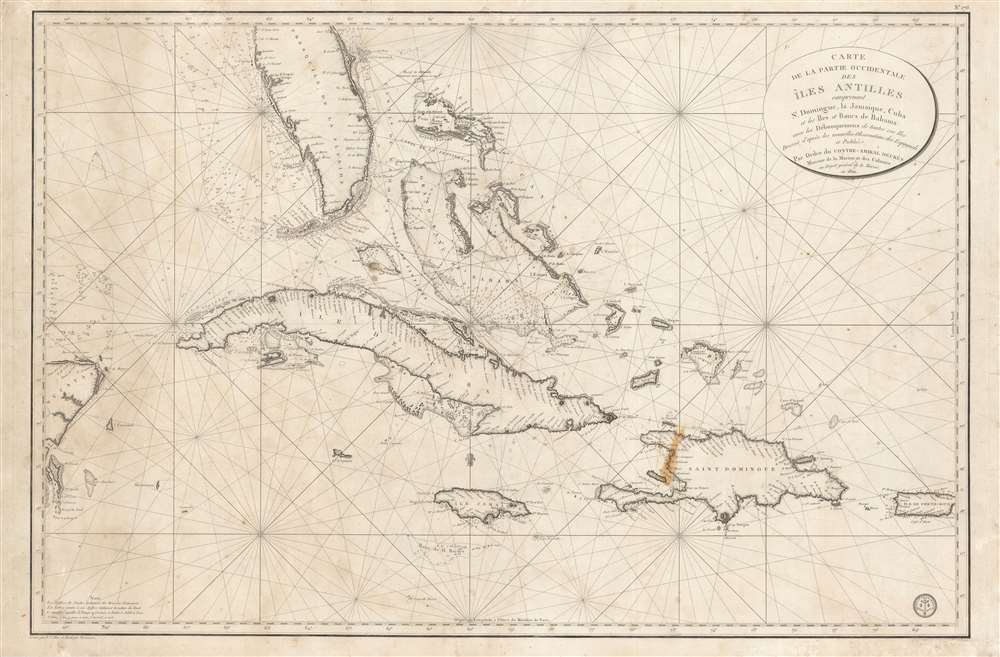 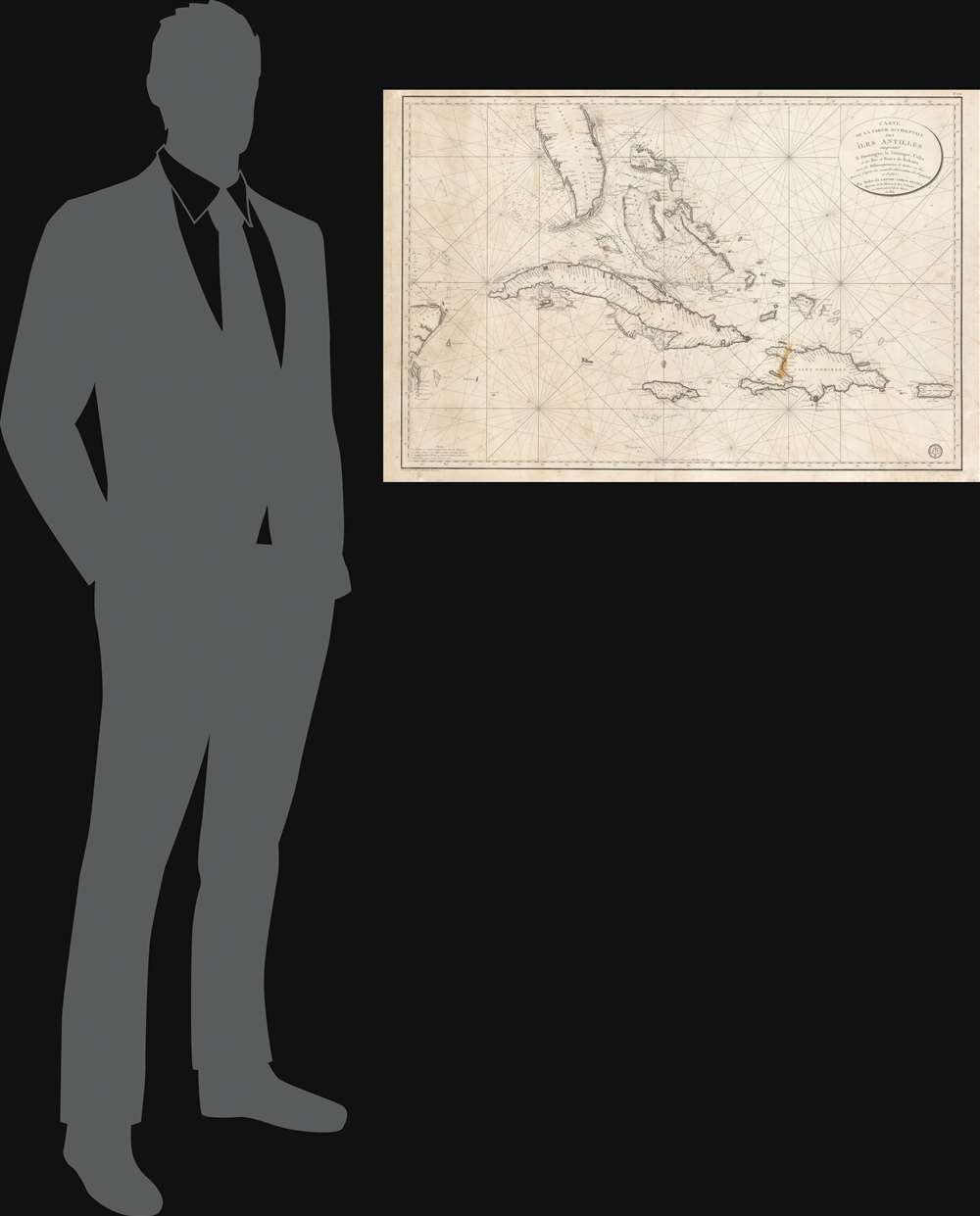 Most trafficked and contested part of the West Indies.
$1,200.00

A scarce and elegantly engraved 1801 nautical map of Florida and the Greater Antilles, including Cuba, the Bahamas, Santo Domingo, Puerto Rico, and Jamaica, issued by the official French hydrographic office, the Dépôt de Marine. The map covers from the eastern Yucatan to Puerto Rico and from just north of Cape Canaveral, Florida, to the banks south of Jamaica - thus embracing the most heavily trafficked and contested waters in the West Indies.

As suggested by the title, the chart owes it cartography and hydrography to Spanish charts issued immediately prior. We note the distinctive shape of Florida, general toponomy, and meticulous mapping of Cuba and the Bahamas as derivative of an early edition of the Direccion Hidrografía chart, Nueva Carta Del Canal de Bahama.

This map was first issued in 1801, as here, by the Dépôt de Marine. It was engraved by Charles-Étienne Collin and J.P. Besançon. Scarce to the market.


J.P. Besançon (fl. c. 1798 - 1835) was a French engraver who specialized in lettering. Besançon began engraving nautical charts for Charles-François Beautemps-Beaupré (August 6, 1766 - March 16, 1854) in 1802. He engraved eighty-three maps for Beautemps-Beaupré, then the hydrographer in chief, between 1802 and 1831, when he handed off the work to J.M. Hacq... Little else is known about Besançon's life and career. Learn More...