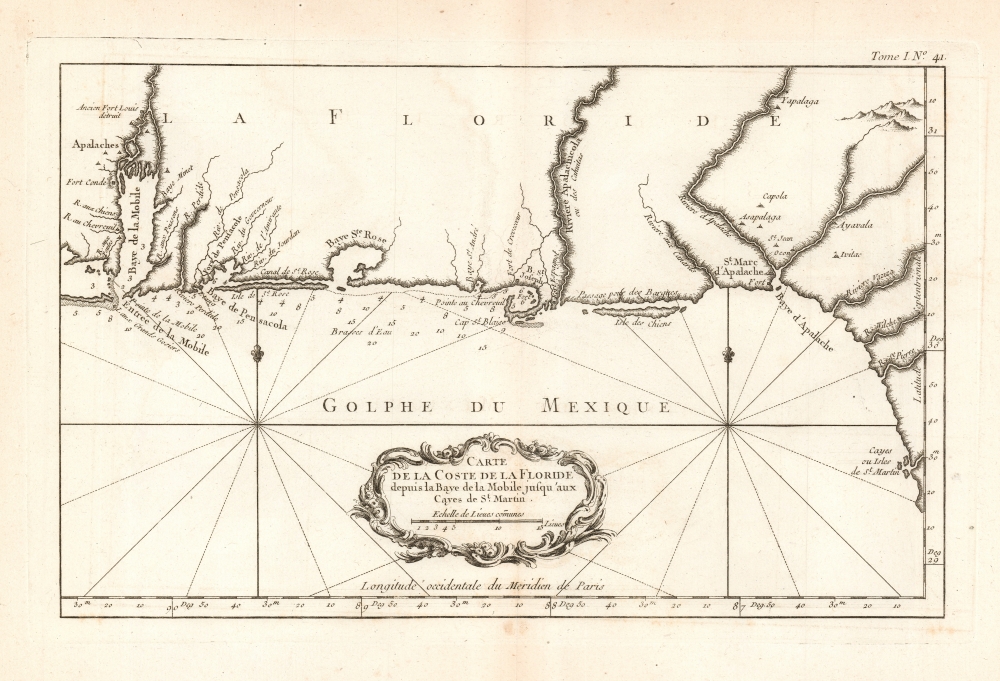 Charting the Gulf Coast of Alabama and Northern Florida.
$1,100.00

This is a 1764 Jacques-Nicolas Bellin map of the Gulf Coast of Alabama and Florida, from Mobile Bay to St. Martin's Keys. The map includes Pensacola Bay, Saint Joseph Bay, the Apalachicola River, Dog Island (Isle des Chiens) and Apalachee Bay. The waters from Mobile Bay to Saint Joseph Bay are marked with numerous depth soundings. Along the shore, a number of Indigenous settlements are noted, as well as the ruins of the abandoned Fort Louis, the original site of Mobile. Fort de Crevecoeur is shown on Saint Joseph Bay, as well as the fort at St. Marc d'Apalache.

This map was created by Jaques-Nicolas Bellin and published in his Petit Atlas Maritimein 1764. The atlas is well represented in institutional collections; sixteen separate copies of this map are catalogued in OCLC.