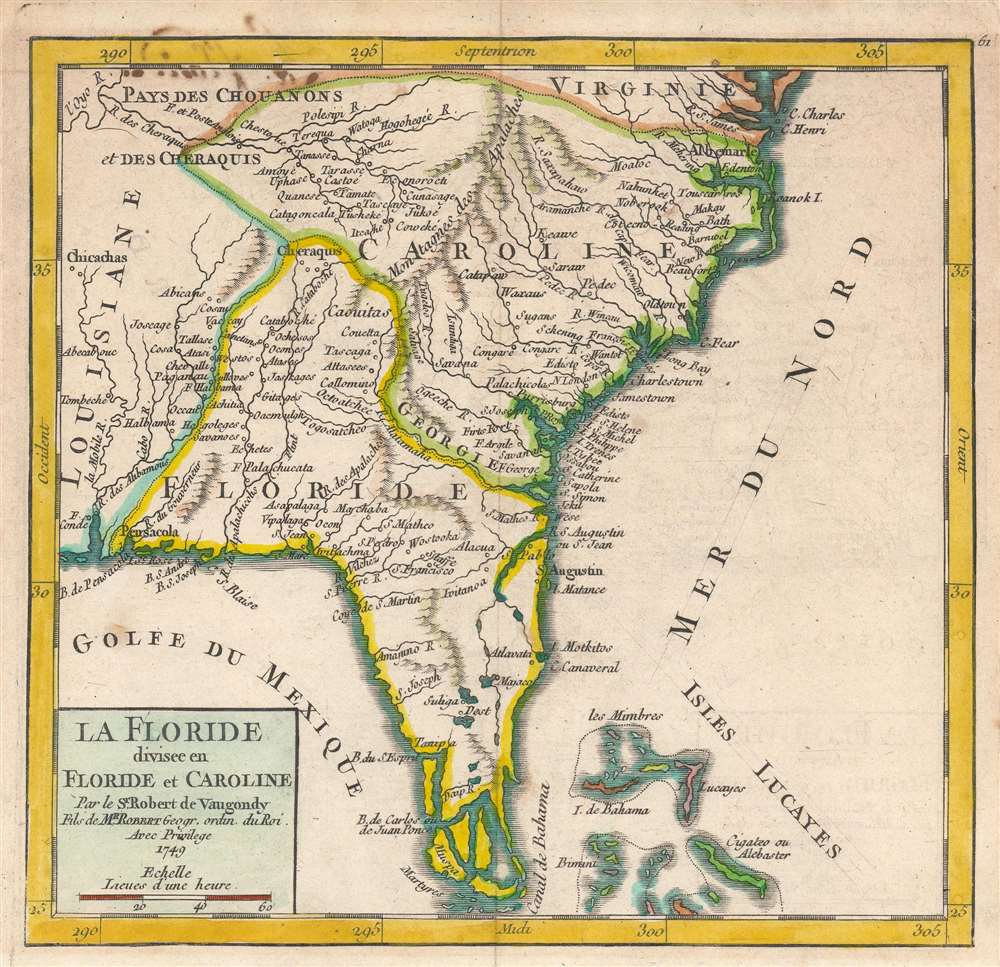 Uncommon map of Florida and Carolina on the cusp of the French and Indian War.

This is a hand colored 1749 Didier Robert de Vaugondy map of Florida, Georgia, and Carolina published just a few years prior to the French and Indian War (1754 – 1763). The map depicts from French Louisiana on the left to the Atlantic Ocean on the right and from mouth of the Chesapeake Bay to the Florida Keys. Spanish Florida extends west no farther than Pensacola. Florida is peninsular and conical, breaking up south of Tampa (which is noted) in an attempt to illustrate the Everglades. Numerous American Indian Villages, as well as the cities Pensacola and St. Augustine in Florida, Savannah (Savana) in Georgia, and Charleston (Charlestown) in South Carolina, are identified.