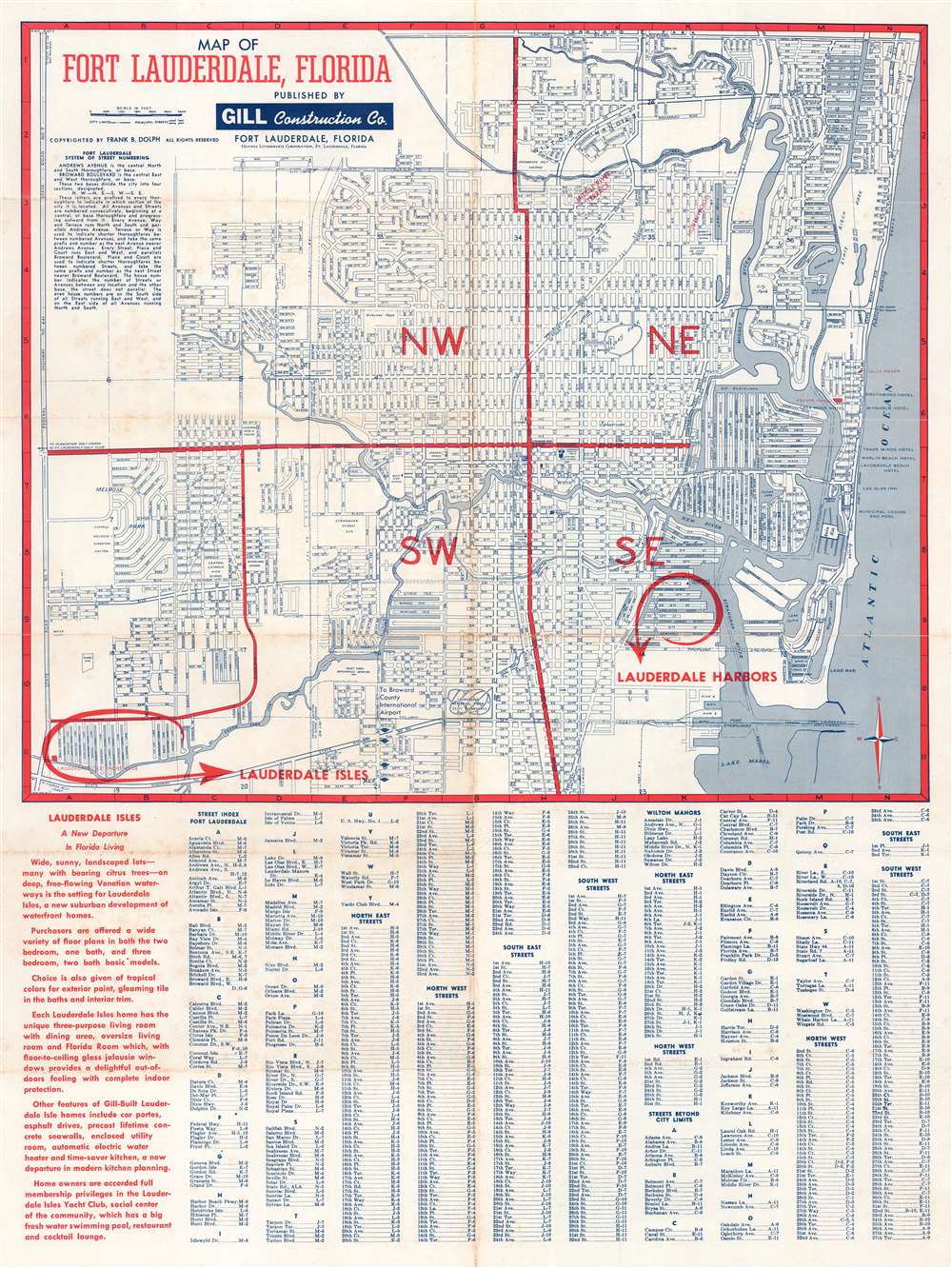 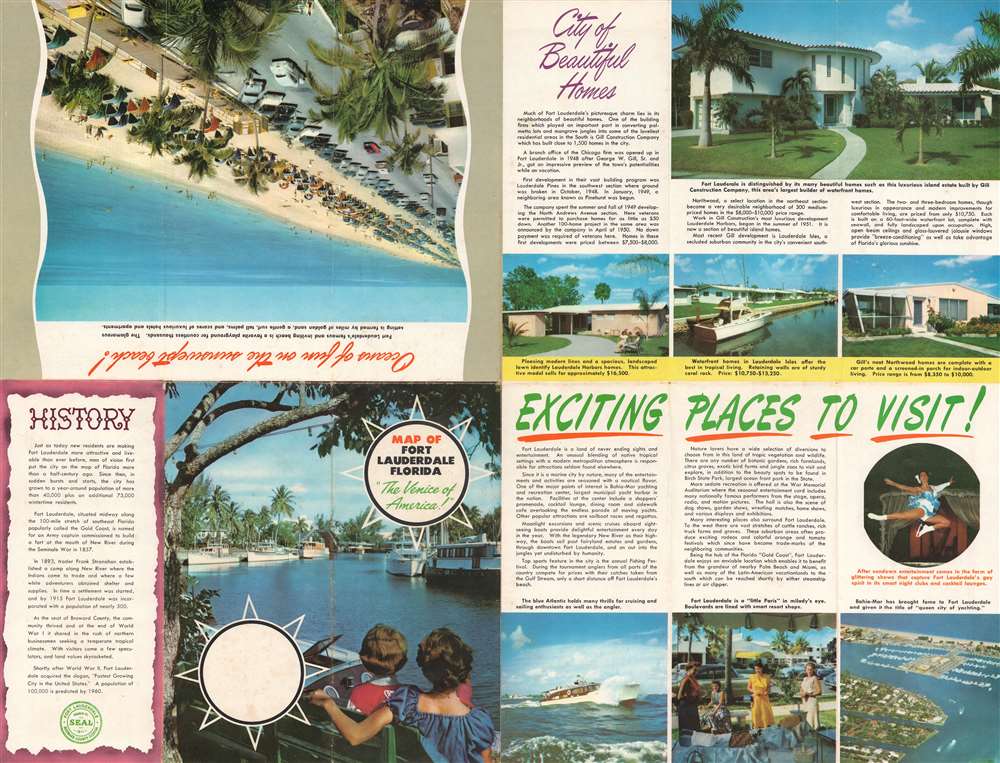 This is a c. 1954 Theodore Politano city plan or map of Fort Lauderdale, Florida. Streets throughout the city are illustrated and labeled. Schools, parks, the city incinerator, City Hall, and the county courthouse are identified. The Lauderdale Drive-In Theatre is also labeled, as are the city ballpark and the city water department. As this map was created to promote Lauderdale Harbors and Lauderdale Isles, two housing developments under construction by the Gill Construction Company, both developments are circled in red and prominently labeled with red block letters.

Two references to the Jim Crow South, an abhorrent chapter in American history, also make an appearance and bring the reality of life in Fort Lauderdale in the 1950s to the forefront. Using the red overprinted quadrant system as a guide, both locations appear in the northwest quadrant. The first, just north of the Dixie Court Housing Project, is Dillard School, which is labeled as colored. The second, above the Incinerator Plant and to the left of Sunland Park, the colored cemetery.

This map was drawn by Theodore Politano, printed by the Haynes Lithograph Corporation, copyrighted by Frank B. Dolph, and published by the Gill Construction Company c. 1954. We have been unable to definitively locate any other surviving examples

Theodore M. Politano (March 26, 1901 - September 18, 1968) was an American draftsman and cartographer. Politano started working as as draftsman in New York in 1915 and 'gradually drifted' into mapmaking. In 1940, Politano worked as a draftsman at the Westchester County Planning Commission in White Plains, New York. Politano moved to Florida in 1947 worked with Frank B. Dolph (October 3, 1897 - November 26, 1975) and the Frank B. Dolph Map Company in Ft. Lauderdale, Florida. Learn More...


Frank B. Dolph (October 3, 1897 - November 26, 1975) was an American businessman and map publisher. Born in Great Neck, Long Island, New York, Dolph served as a Navy storekeeper during World War I. He began selling maps in 1919 after returning from England, likely for the George F. Cram Company, where he ultimately became an administrative aide. He also worked for the Rand McNally Company for some time before he founded his own map publishing firm, Dolph and Stewart, with his friend, sometime in the 1920s. Dolph and Stewart made maps throughout the 1920s and 1930s until they sold the firm in 1945 when Dolph decided to return to Florida. Dolph opened a new map publishing business, the Frank B. Dolph Map Co. in Ft. Lauderdale and published city plans of cities throughout the United States. Many of his maps were distributed by Chambers of Commerce or sold at newsstands. Real estate developers greatly appreciated his maps, those published by both the Dolph and Stewart Company and the Frank B. Dolph Company. Dolph retired as president of his firm around 1965, when he handed the business off to his son, Frank B. Dolph, Jr. Dolph worked with cartographer Theodore M. Politano for decades while operating the Frank B. Dolph Map Company. Learn More...