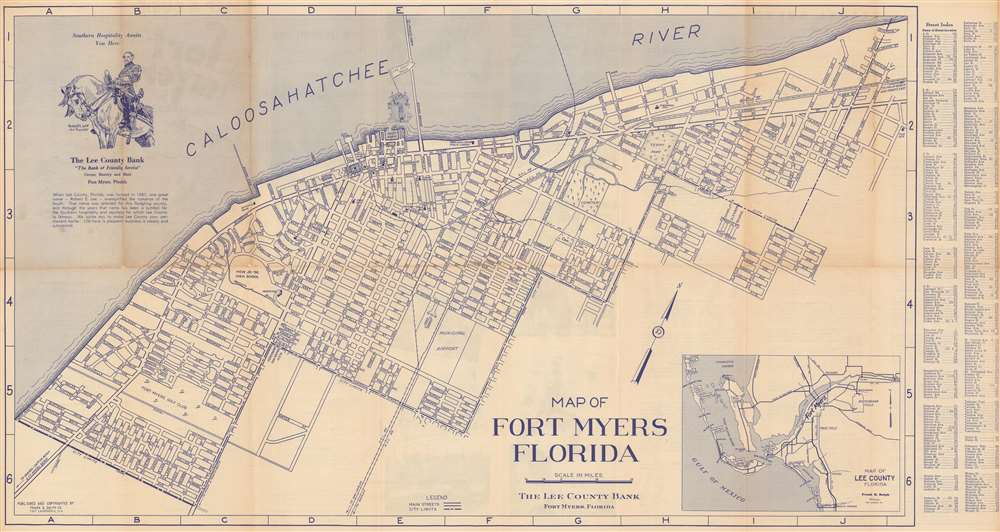 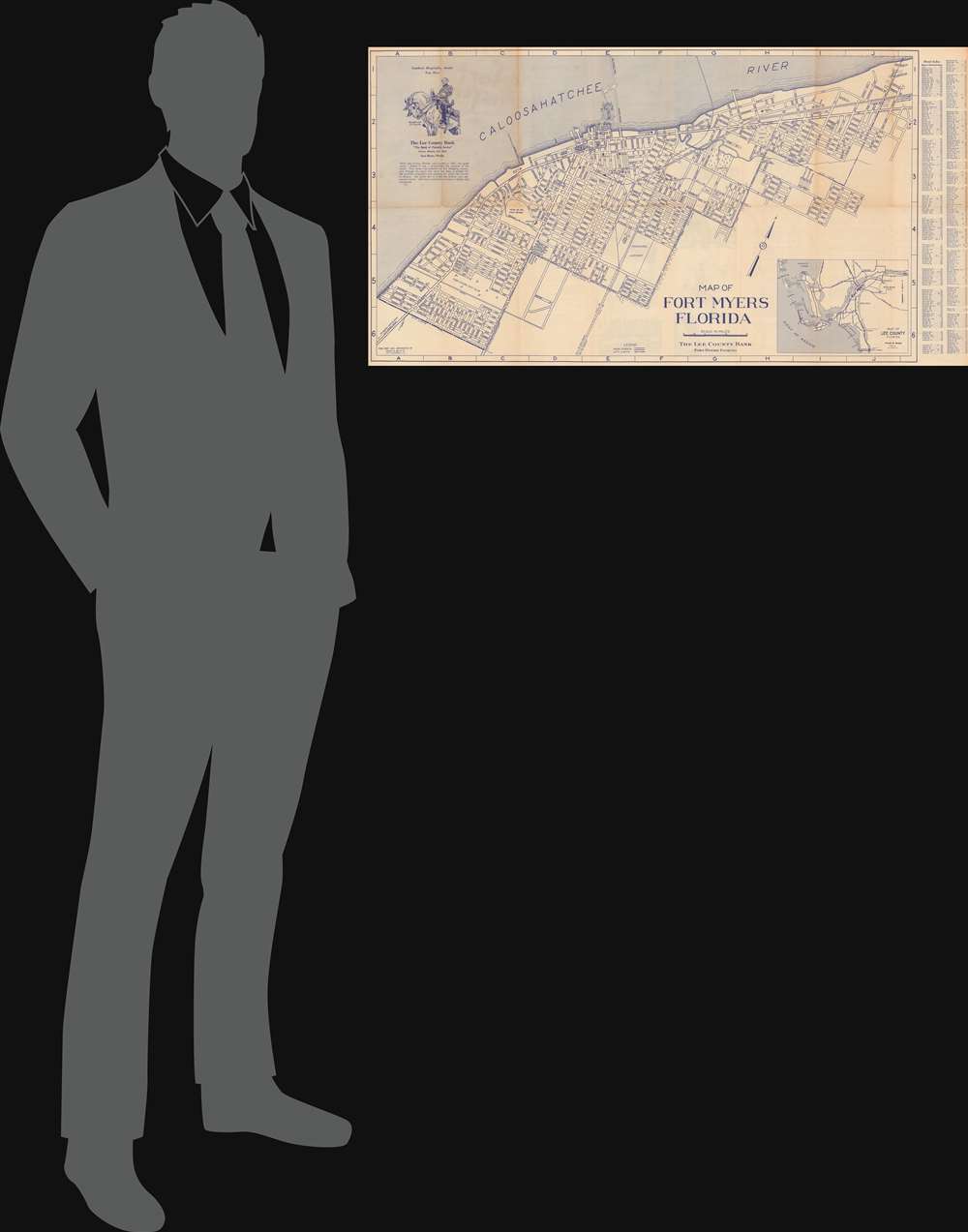 This is a 1950 Frank B. Dolph Company city plan or map of Fort Myers, Florida. Oriented toward the northwest, schools, parks, and streets are illustrated. Both the Atlantic Coast Line Railroad and the Seaboard Air Line Railroad tracks appear, with frieght and passenger terminals noted. The Lee County Bank distributed this map. An illustration of their central branch appears in the Caloosahatchee River. An inset map of Lee County, Florida appears in the lower right.

This map was created and published by the Frank B. Dolph Company and distributed by the Lee County Bank. We note a single cataloged example, located at Harvard University.