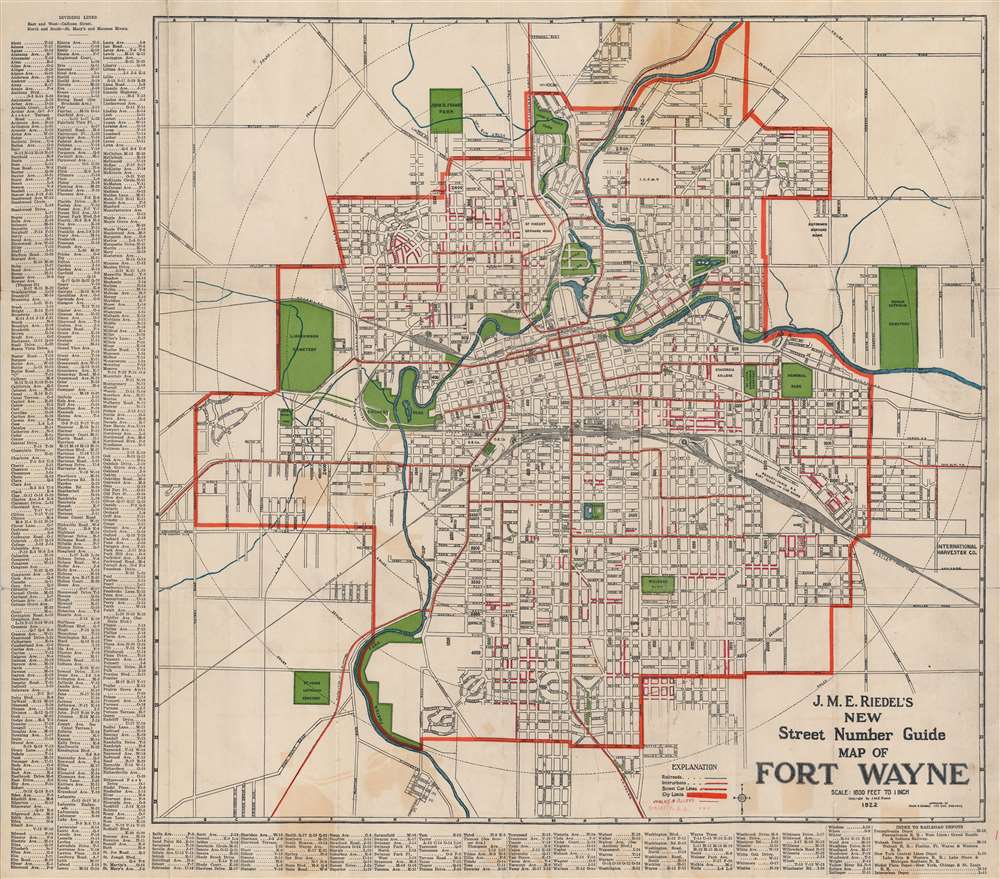 An attractive 1922 map of Fort Wayne, Indiana by John M. E. Riedel. The map covers the city limits and street grid as they appeared in 1922. This particular examples include some manuscript updates to define 'Walks and Alleys' and 'Sublets to A.G.'. It is not 100% clear what either of these refer to, but the annotations are fairly precise. The pink 'walks' which appear haphazard though the city may refer to sidewalk development.

This map was first published by Riedel around 1919 and was published to about 1930. We note 2 examples in the OCLC, but none of this edition.

Johann Michael Eric Riedel (December 2, 1865 - February 10, 1948), generally known as 'John', was a German-American architect and mapmaker based in Fort Wayne, Indiana in the late 19th and early 20th centuries. Riedel was born in St. Louis, Missouri to German immigrant parents. His family relocated to Fort Wayne as a child and lived there for most of his life. He began practicing as an architect around 1889, becoming prominent by about 1900. He built several significant structures around the city. Starting in the early 20th century, he also issued a folding pocket map of Fort Wayne, which remained in publication with regular updates at least until 1930. Riedel died of heart problems in 1948. Learn More...