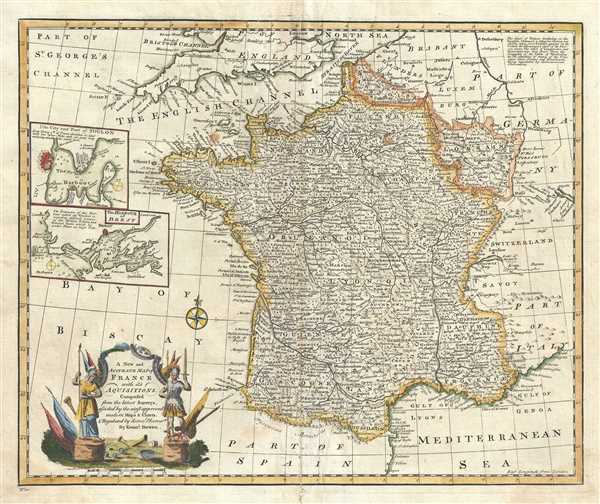 Early map of France noting the newly acquired territories of Lorraine and Artois.

A beautiful example of Emanuel Bowen’s 1747 map of France. The map depicts the entire Kingdom of France including the newly acquired regions of Lorraine and Artois. The map renders the entire region in extraordinary detail, noting mountains, rivers, roads, lakes, cities and other topographical features. Two insets along the left border detail the Harbor of Brest and the City and Port of Toulon. A short paragraph in the top right quadrant describes the English Channel and the Coast of France. A decorative title cartouche appears in the lower left quadrant. This map was prepared by Emanuel Bowen as plate no. 10 for the 1747 issue of A Complete System of Geography.