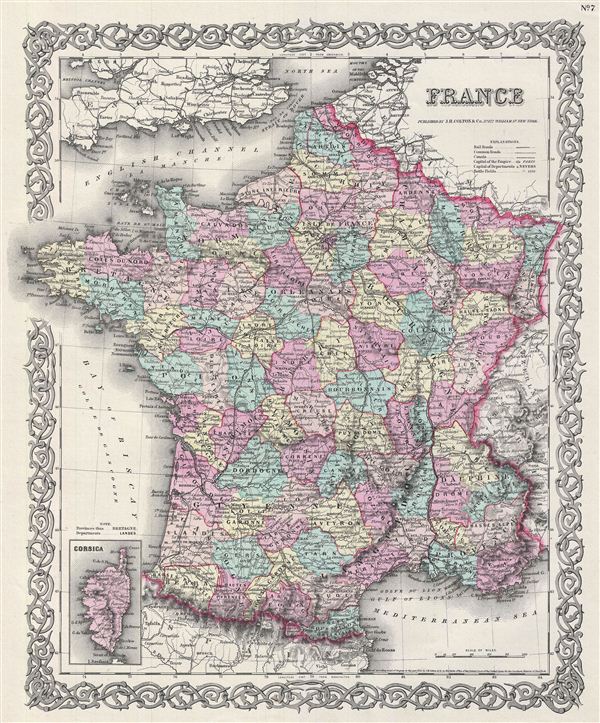 An excellent 1855 first edition example of Colton's map of France. Like most of Colton's europe maps, this map was derived from an earlier wall map of the World produced by Colton and D. Griffing Johnson. The map covers all of France subdivided according to its various departments. An inset map on the lower left corner details Corsica. Also shows parts of adjacent Switzerland, Sardinia, Spain and england.