1845 Chambers Map of France in Privinces 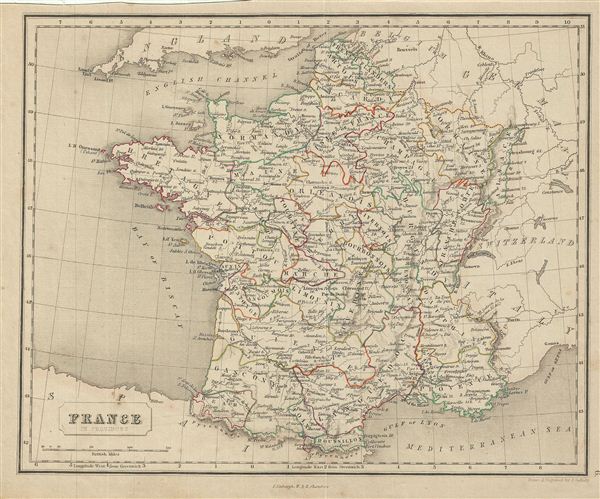 1845 Chambers Map of France in Privinces

This is a fine example of the 1845 Chambers map of France. The map covers the Kingdom of France showing its various divisions according to province. It covers from the Flanders in the north to Roussillon in the south and from Bretagne in the west to Alsace in the east. After 1790, the French provincial system was replaced by the department system which, it was believe, would encourage loyalty to the central government. This time in French history marked the rule of the July Monarchy, a liberal constitutional monarchy under King Louis-Philippe. The July Monarchy would last until the Revolution of 1848 which saw the establishment of the Second Republic. Divided and color coded according to provinces, the map identifies various cities, towns, rivers, and an assortment of additional topographical details. Map is drawn and engraved by J. Gellatly.