1794 Wilkinson Map of France in Provinces 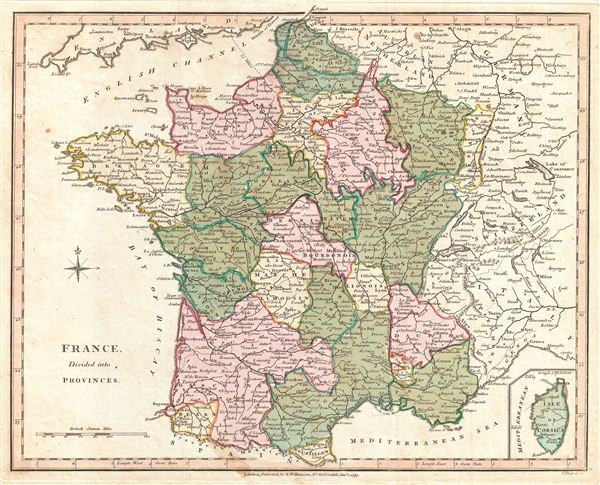 1794 Wilkinson Map of France in Provinces

Robert Wilkinson's finely detailed first edition 1794 map of France divided into provinces, in the second year of the French Revolutionary or Napoleonic Wars, which would soon engulf much of western europe. The map is thus not only extremely attractive but documents a defining moment in european history. Corsica appears on an inset.

A great companion map to Wilkinson's 1794 map of France divided in to departments ‘agreeable to the National Assembly,' from the same atlas. On March 4th of 1790, shortly after this map was issued, the French National Constituent Assembly reorganized the provinces into 101 departments. Old habits being what they are, many atlases, including Wilkinson's, include two maps of France, one divided into provinces and another into departments.  engraved by Thomas Conder for the 1794 first edition of Robert Wilkinson's General Atlas.