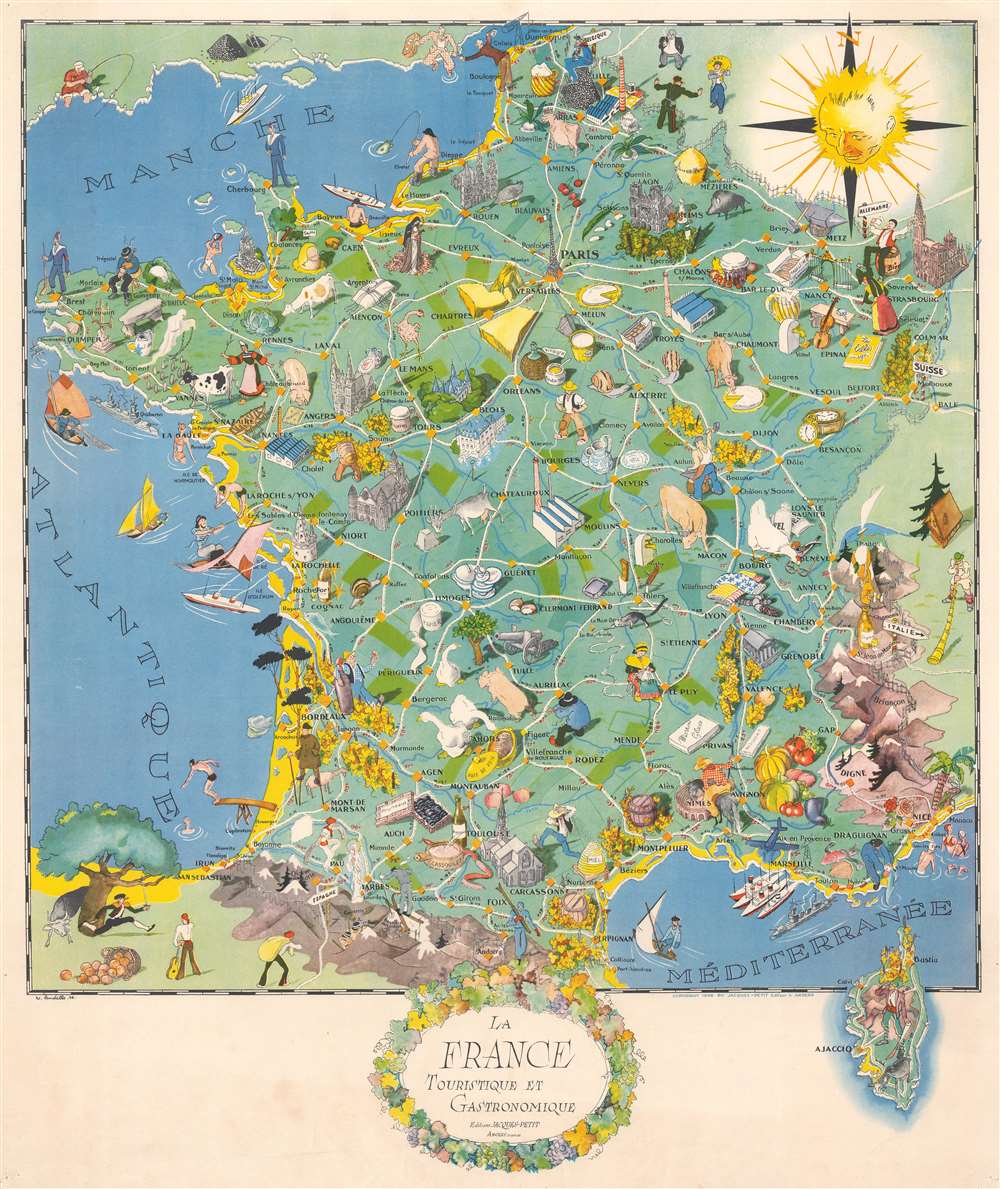 This is a 1948 Willy Landelle pictorial map of France celebrating the country's gastronomic and touristic wonders. The map follows shortly after World War II (1939 - 1945), a period where France, devastated by the war, was eager to rebuild is touristic and economic infrastructure. Pictorial vignettes promote French cuisine, cheese, wine, cognac, and other agricultural products. Illustrated tourist sites include the Eiffel Tower in Paris, cathedrals in Strasbourg, Angers, Poitiers, and Rouen, and the Roman arena in Nimes. The world-famous Chenonceau Chateau appears just below the city of Blois and to the right of Tours, marking the celebrated Loire River Valley and its estates. Skiers are illustrated in the Pyrenees, while beach bathers frolic in the French Riviera.

This map was drawn by Willy Landelle and published by Jacques-Petit in Paris in 1948. We note a single other example, at the David Rumsey Collection at Stanford. Otherwise, we see no sale record on the private market or other institutional holdings.

Willy Auguste Landelle (August 1, 1908 - January 12, 1986) was a French artist and cartoonist. Born in the 4th Arrondissement of Paris, Landelle worked as an artist in post-World War II France. He created pictorial maps and illustrated numerous books for Éditions Jaques-Petit from Angers. He also illustrated books by Hélène Rivault, F.J. Vanderwal, and Maurice Fouchard. He died in Angers. Learn More...